Boris tells EU they have 38 Days to give the UK EVERYTHING it wants – or we WALK (into no deal). 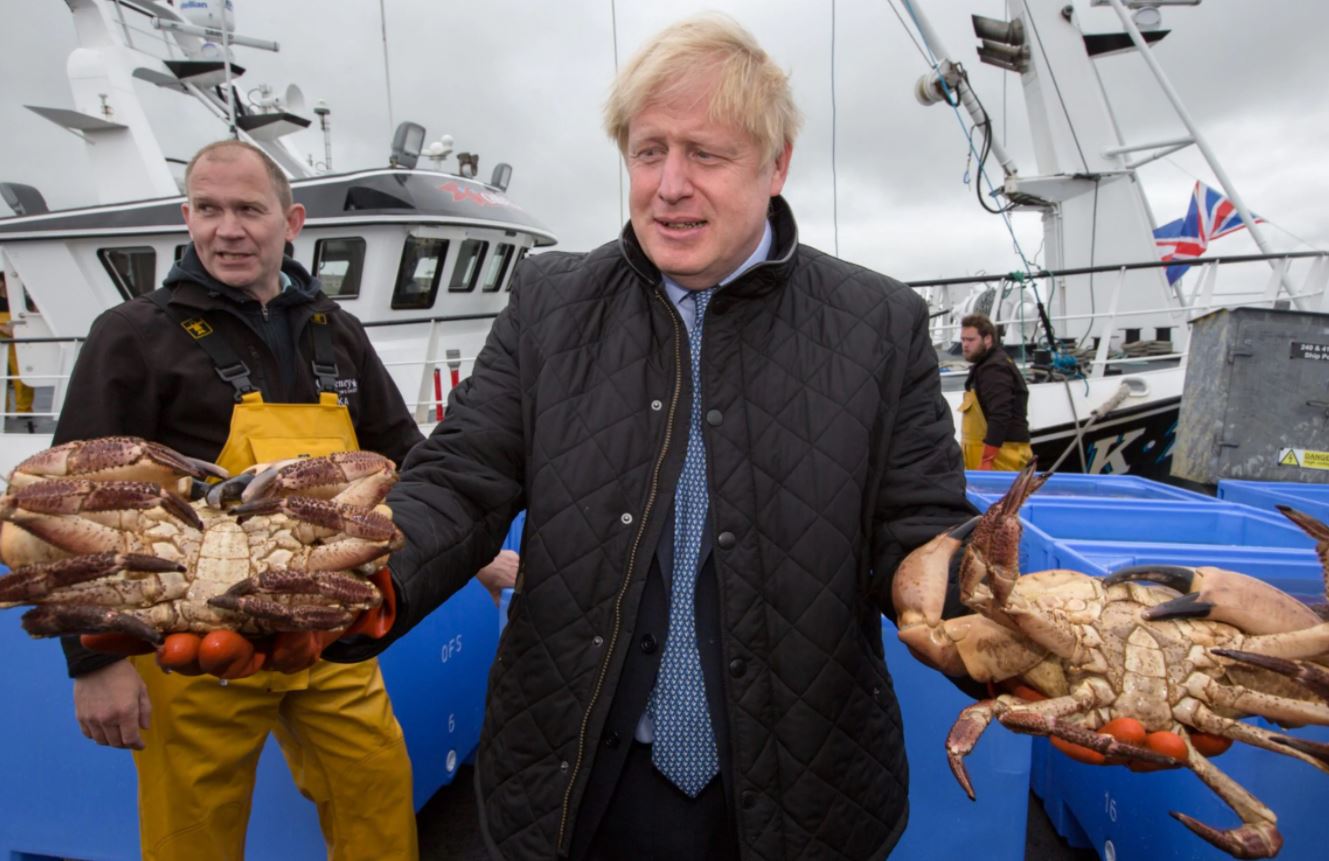 IN this article, we are going to condense down and explain the current sticking points that are stopping the UK from agreeing with the EU on future arrangements.

Before negotiators had uttered a word, Boris Johnson was already issuing threats to walk away with no-deal; While Nicola Sturgeon has called the UK Government side “charlatans”.

The current sticking points, which Boris Johnson’s team appears to crafted to jam the negotiations, are related to state aid and fishing rights.

State Aid is the process where a government is able to issue amounts of money to ‘help’ businesses. The process of issuing State Aid is illegal within the EU but can be issued in certain cases within the law.

The UK government says “state aid is illegal under EU rules because it distorts competition in a way that is harmful to citizens and companies in the EU.“

Boris Johnson’s need for state aid to be retained is in itself interesting; as one has to ask why he feels this is so important. State aid would give Boris Johnson’s government the ability to issue money to ‘businesses’.

In the wake of the PPE scandal, and the suspected abuses of governments private procurement tendering policies, it would be wrong to overlook the reason behind the state aid demand.

The second sticking point Johnson has with the EU’s Brexit offer, is in relation to fishing. This argument boils down to the UK wanting to restrict access for EU fishermen into British waters while at the same time wanting more access to EU waters; and the ability to sell the fish we land in the EU!

In 2017, the UK fishing industry contained 24, 000 employees; and contributed £1.4 BILLION to the British economy. This accounts for less than .01% of the British workforce and is less than 0.12% of the economy.

We could talk about the amounts of fish the UK catches in the EU’s waters; The fish EU citizens catch, or the amount of fish we sell, but it’s just not worth it. The only fact we need to know and remember is that Fishing accounts for a minute fraction British economy.

To give you an example of how small the fishing industry is, there are 4 times as many social media influencers than there are professional fishermen in the UK. (100,000 vs 24,000).

Why is Boris not representing the views of influencers, their ability to work and the money their businesses stand to lose being out of the EU?

So, what does this mean?

In my humble (but often justified opinion) the UK’s demands for state aid and better fishing rights equate to an uncomputable function; a problem government knows has no way of being solved.

On state aid, for instance, the demand is simply ludicrous. State aid is ILLEGAL in most cases within the EU; and due to its illegality, there is little to no way the EU would ever agree to that, as its not just a matter of opinion, it is the law, and this is a point which is overlooked.

Demanding the UK be allowed to ignore EU law, so we can have a relationship with the EU, is ludicrous.

The UK’s state aid demand is the equivalent a football team joining the champions league, then demanding to UEFA that cards and VAR can’t be used against them.

On fishing, it is bizarre that Boris and his government; who claim to do everything they can to protect “the economy”, are willing to walk from a Brexit deal over fishing; an industry worth less than 0.12% of the British economy.

The UK’s demands feel engineered never be solved; with the need for state aid being the best example of this.

If the UK government were genuine about finding a Brexit deal they would not be asking for things they know are illegal, and they would not be risking a future apocalypse of the British economy for a few 1000 fish!

(We also need to talk about the Northern Irish border situation- Read our last report on the Irish border here – Next time!)