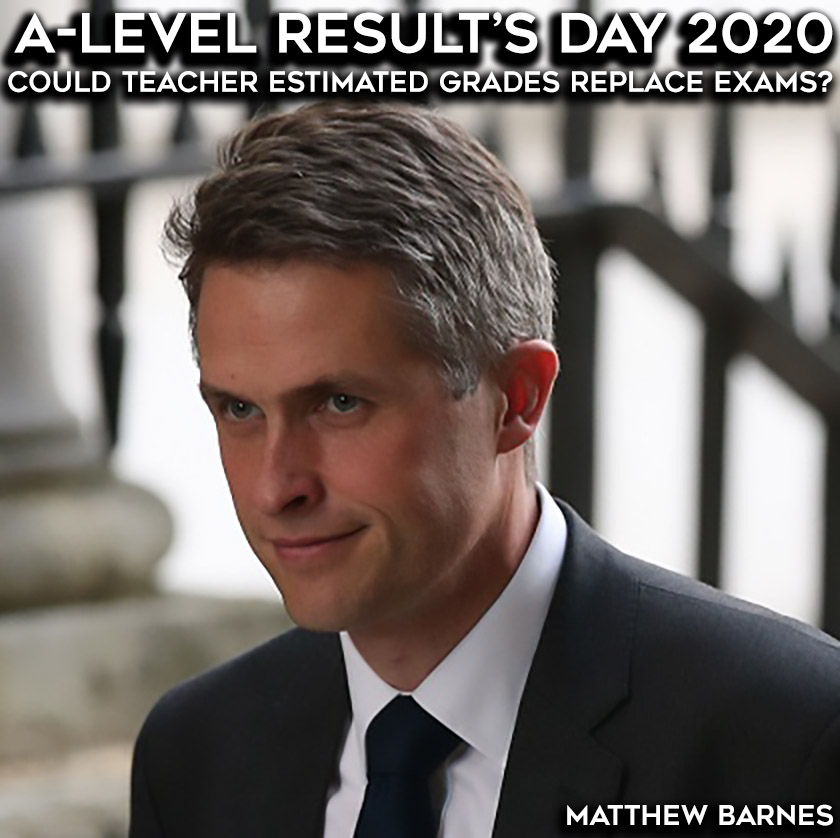 Aspiring journalist Matthew Barnes (18) is one of the thousands of teenagers who were forced to wait and see what todays results would bring him; Tonight, he shares his experience of what it has been like for him and the many others who were in the same situation.

Four months after schools around the United Kingdom closed due to the coronavirus pandemic, Thursday (13th August) was the day students in England, Wales and Northern Ireland finally received their A-level results, to much media coverage, controversy and debate.

After patiently waiting for months, students like myself had been continuously told we would receive “fair” grades, which reflected our hard work and efforts from the past two years.

It was later announced that the grades would be based on a combination of factors, including exam board level ‘standardisation’, teacher estimated grades as well as results from internal assessments, like any completed mock exams.

We were told afterwards that we would be placed in a “rank order” based on teacher estimates, an order which would remain intact for the exam boards to use to determine a level playing field among centres.

Just a week before the results were published, the Scottish results day (Tuesday 4th August) caused a lot of controversy and media attention, with a reported 125,000 estimated grades downgraded.

John Swinney, the Education Secretary in Scotland, admitted to students and teachers that they had got the results system “wrong”, and he added with confirmation that “all downgraded results will be withdrawn”.

So as the all-important 13th August rolled on up, not only were university places, apprenticeships and futures at stake, but the political stakes could not have been higher.

And with that, just two days earlier, the Education Secretary Gavin Williamson made an announcement allowing all students to be able to appeal their calculated grade.

He confirmed that there would be an “added safety net” of appealing their grade based on previous, and valid “mock results”. This eased some worries in the lead up to the day, with Wales and Northern Ireland announcing similar measures to avoid any repeat fiasco, like the one seen in Scotland.

What was it actually like to open these results after waiting for so long?

After months of seeing updates on the results process in the news, and researching how our grades were to be calculated, I for one could not wait to get the day over. Certainty was what I needed, and thankfully what I got after exceeding my expectations, achieving an A*, two A’s and a B.

The anxious feeling was shared by many, including 18-year-old Luke, who shared his disappointment in not being able to show his own ability off with “a fair examination”.

In response to the events in Scotland a week earlier, he felt “nervous…that the same would happen to me”. He went on to achieve an impressive two B’s and a C grade, however air of nervousness was shared by a large majority of those receiving their A-level grades this year.

On the whole, I think it would be appropriate to conclude on a point made by Gavin Williamson, who stated that the “majority of young people will have received a calculated grade…they deserve”.

Whilst some will be unhappy with their initial results, many students across the UK will have the chance to appeal their grade. In England, they can also choose to sit a set of Autumn exams, whilst in Wales students will have to resit the whole year, and take their exams next summer.

Could you deem this year’s A-level results to be a success? Well like any other ordinary examination year, some students will be happy they received grades they needed to move on to the next stage of their lives, whilst others will be disappointed. And if you thought today went badly, just wait for more headlines and controversy next week when the GCSE results are published.