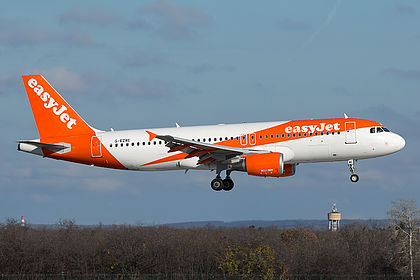 The Air Accident Investigation Branch has released the conclusion to its investigation into an incident where an Airbus A320 jet took a wrong turn while taxiing to its departure point at Lisbon airport, almost running out of runway on take-off last September.

The investigation found that the pilots of the Easyjet operated Airbus A320 (G-EZWE) had completed their takeoff performance calculations incorrectly; entering the runway at the wrong point, resulting in the aircraft becoming airborne with only 110m of the runway remaining.

While 110 Meters may sound like a lot of runways, It is not. An Airbus A320 has to reach a speed of 170 MPH before it can get airborne; This means it would have taken the jet only ONE SECOND to cover the 110 Meters. The A320 was only 1 second away from going off the runway at its takeoff speed and potentially causing a large-scale incident.

As a result of the incident, Lisbon Airport has renamed the area of the taxiways to avoid confusion. The AAIB also states “The aircraft operator moved to a newer software version for performance calculations, which gives a visual representation of the runway. They also worked with the data supplier to change the menu for intersection selections for Lisbon Airport to eliminate any confusion over full runway length.”