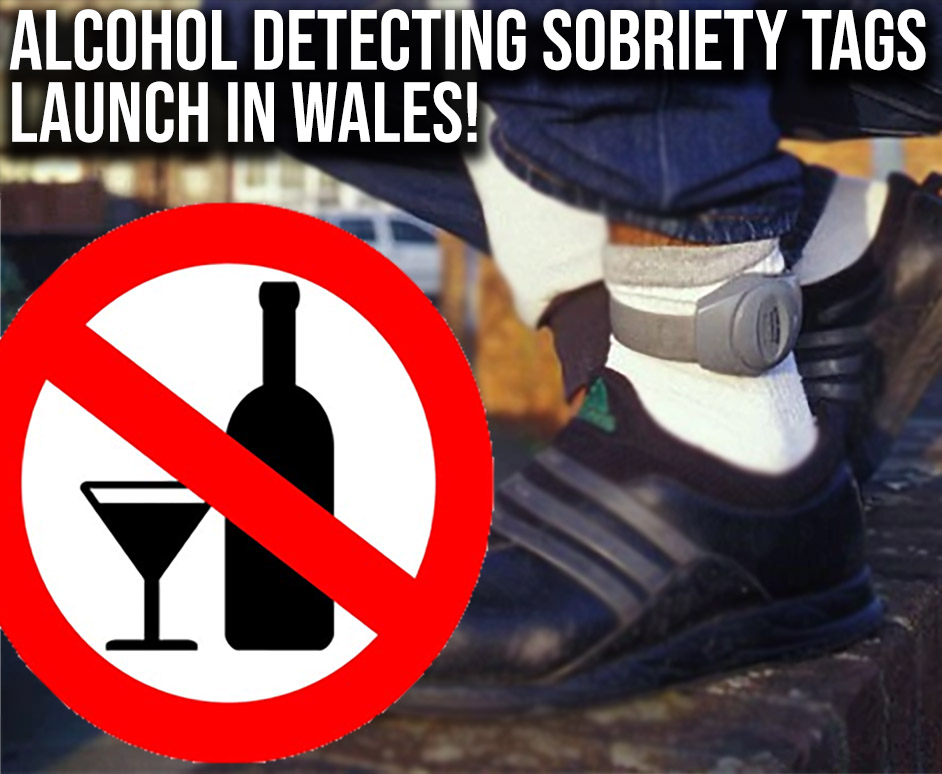 ‘Sobriety bands’ can detect if an offender who has been ordered not to drink has consumed alcohol. If alcohol is detected the courts will be notified of the breach and the offender could be taken back to jail.

Government is watching you!

In yet another leap towards an Orwellian reality; courts in Wales now have the power to fit offenders of alcohol-related crimes with electronic ‘Sobriety bands‘.

Courts in Wales will be able to use the new powers from today (Wednesday 21st October). England will begin to use the Sobriety bands from early next year.

The Ministry of justice claim the Sobriety bands will:

How the bands work

The tags, which work in a similar way to ‘GPS tags’ used to monitor criminals released on the licence (early); The bands will analyze the offenders’ sweat every 30 minutes. If the band detects alcohol it will send an alert to the probation service saying that alcohol has been consumed.

The bands are part of governments recently introduced ‘Alcohol abstinence and monitoring orders (AAM)’. The Ministry of Justice reports that alcohol is a factor in almost 40% of violent crimes; including domestic abuse and drunken attacks on strangers.

Not complying with alcohol abstinence orders could see the offender back in court for further sentencing, fines and even jail.

In a blog post by London based law firm Bidmans, they wrote:

“If a person breaches their AAM order, they can be returned to court for breach of the court order and sentenced in relation to that breach, in certain circumstances, the AAM order can be revoked and the person can be re-sentenced for the original offence. This could result in a fine, more restrictive community order and in some cases, a custodial sentence.

“It is clear that AAM orders not only restrict a persons’ individual freedoms (which is common with many sentencing options), but AAMs criminalise otherwise lawful social activity.  These are a preventative step rather than actually sanctioning criminal behaviour.”

The Ministry of Justice’s use of the AAM orders and sobriety bands appears to be a quick fix and in some ways a short-sighted solution to an age-old problem, violent behaviour. While it is undeniable that some people are significantly more violent when they drink, is this sort of intrusion really the answer?

The use of wearable tech to report a person’s actions or behaviour to the state, is another step towards the ‘big brother society’ many have long prophesied. As long as the punishment is cheaper in the long run than a care-based rehabilitation program, this is the kind of chilly capitalist policy we should expect. Its the tory way!