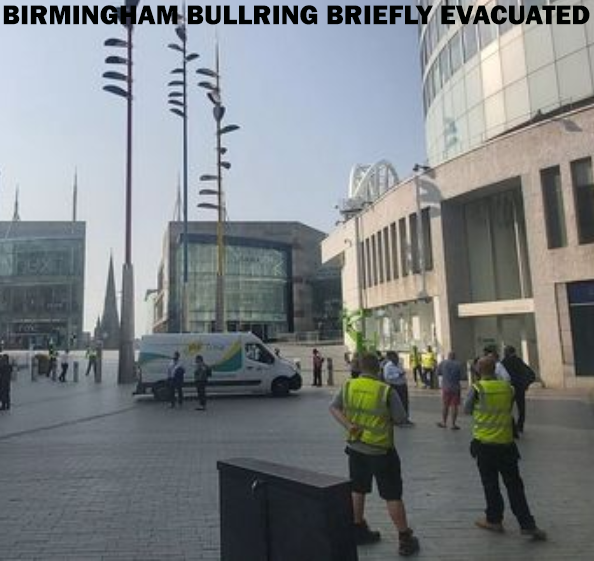 Birmingham’s Bullring shopping centre was briefly evacuated this morning following reports to police of a man seen carrying a machete; The public also reported a ‘suspicious bag’ in the centre.

The incident forced the closure of the Birmingham Bullring. The centre is home to over 200 businesses. Todays incident is the Bullrings second evacuation in the last 5 days as shoppers had to be evacuated due to a small fire.

West Midlands Police spokesperson said, “The Bullring was evacuated briefly this morning after a 28-year-old man, armed with a machete, was arrested on suspicion of possession of an offensive weapon“.

The centre fully reopened to the public at 9:50 am. Follow Voice Britannia on Facebook and join the conversation!