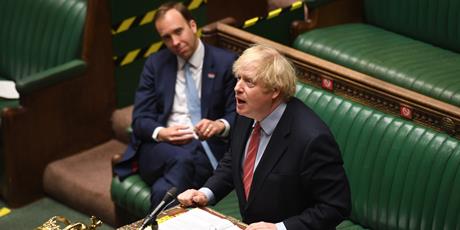 Boris Johnson has been caught lying, again! A recent investigation has found that Boris’s Johnson’s claims on how much care home staff and residents had been tested for COVID-19, were untrue!

Over the weekend, FullFact.org announced their investigation had found “government was wrong on its own data on Covid-19 tests for care homes”.

On the 20th May 2020, Prime Minister Boris Johnson addressed the house of Commons – telling ministers “the reality is that already 125,000 care home staff have been tested, 118,000-perhaps he didn’t know that Mr Speaker-118,000 care home workers have been tested and we are absolutely confident that we will be able to increase our testing not just in care homes but across the whole of the community.

Also on the 29th May 2020, a press release from the Department of Health and Social care said: “Since the start of the pandemic, nearly 125,000 workers in care settings and over 118,000 care home residents have been tested through DHSC and PHE testing routes.”

The investigation by FullFact.Org found that the claims by the Prime Minister and Department of health were both incorrect. Data released on the 16th July that 124,906 tests for COVID19 were carried out in care homes.

The important distinction to be made was that the number reported was specifically for tests carried out and not the number of people who were tested. In the months since the COVID19 testing began, VB found that the Department of Health counts every individual ‘swab’ or blood-test as a single test – meaning that most single people who are tested will have multiple ‘tests’ attributed to them and the number of actual people tested will likely be a lot lower than the 140,906 ‘tests’ which were reported.

In a statement to FullFact, the Department of Health and social care said: “These figures were based on the best available estimates at the time and were therefore derived from a range of sources with different definitions and scope”.

The complete FullFact.org investigation can be found here.

Fullfact’s findings are yet another item of evidence that shows the Prime Minister and his government would prefer to make untrue statements to win political arguments – when what we really need is politicians who tackle these issues face on, taking ownership of things when they make mistakes.