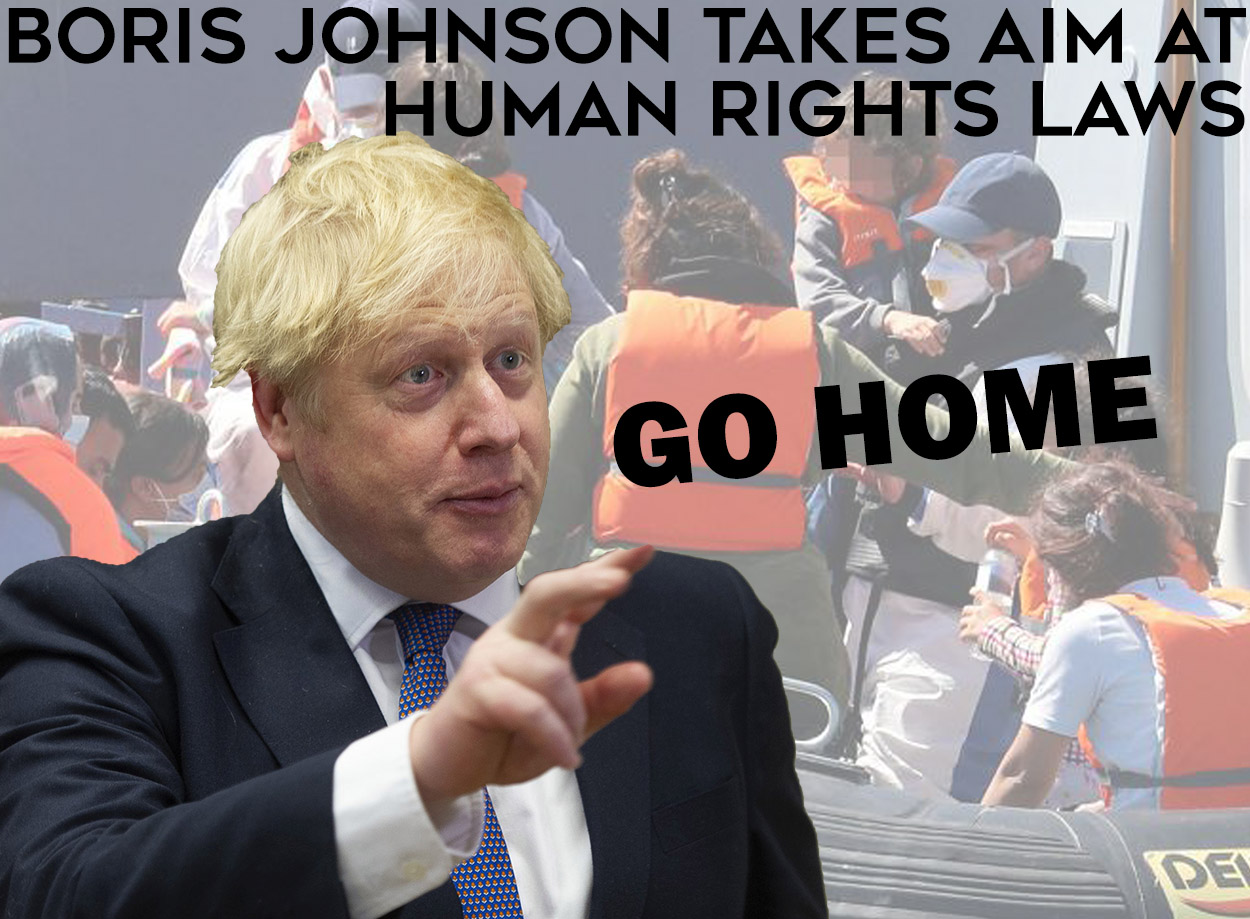 Voice Britannia has learned that Prime Minister Boris Johnson is looking to start yet another fight with the European Union; This time on Human Rights law.

News has leaked from Downing street that Boris Johnson’s team were writing plans to change ‘The Human Rights Act’.

HELP US GROW BY DONATING TO OUR GOFUNDME CAMPAIGN

The Prime Ministers minions are eyeing up a slew of ‘opt-outs’ from the Human rights Act. Government want to make it easier to deport migrants and asylum seekers.

The Human Rights Act allows British courts to block deportations where someone may be in ‘real-risk’ of ill treatment if returned home.

How does the Human Rights Act 1998 help protect asylum seekers?

It provides an additional ground of protection, chiefly in relation to removals. Even if an asylum seeker does not qualify for refugee status (due to the relatively narrow grounds of persecution for a Convention reason), the Human Rights Act enables the courts to prohibit removal where an asylum seeker’s return to their home country would otherwise result in a ‘real risk’ of ill-treatment contrary to Article 3 (see the decision of the Strasbourg Court in Soering v United Kingdom) or a ‘flagrant breach’ of any other Convention right (see the 2004 House of Lords decision in Ullah v Special Adjudicator(([2004] UKHL 26)), in which JUSTICE intervened). In addition, an asylum seeker’s family life in the UK may prevent removal but only in the more exceptional cases; (see the 2007 judgment in Huang v Secretary of State for the Home Department).(([2007] UKHL 11))

The other change downing Street is eyeing up looks to ‘provide safeguards’ for soldiers. Military-minded Tories have long campaigned that soldiers should be protected from future legal action. Government may use the soon to be tabled Overseas Operations Bill to side-step ECHR; providing a degree of criminal immunity to military personnel.

Leader of the Opposition Keir Starmer said: “We should be getting on with defeating this virus, not banging on about Europe.”

These changes to human rights are unnecessary. Creating a legal atmosphere where the military can act with total impunity; while also stripping the rights of those who need them most provides a chilling clue to the future direction of British Conservatism and society.