Boris Johnson tells LBC “I WILL NOT TAKE THE KNEE” in solidarity with Black Lives Matter. Boris Said, “I dont believe in gestures”. 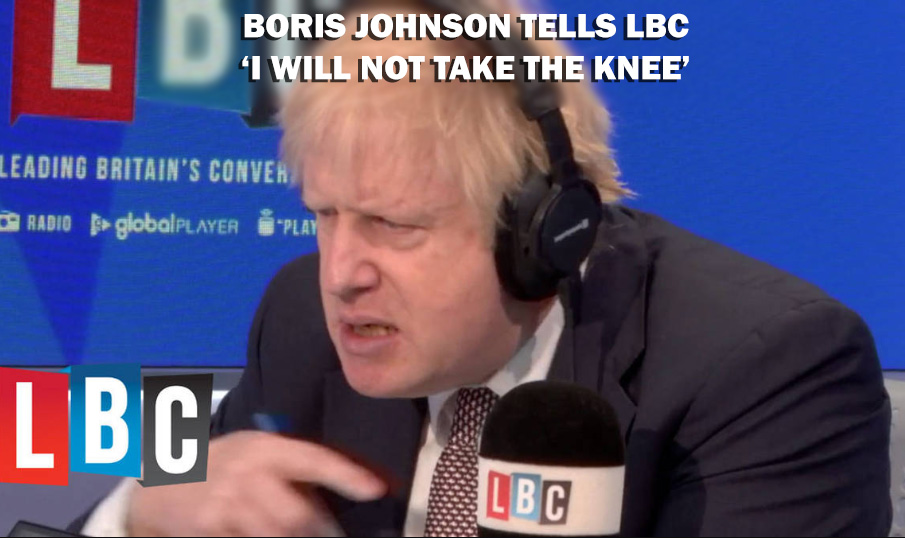 Prime Minister Boris Johnson was on LBC this morning taking questions from the pubic. During the interview, Johnson was asked if he would take the knee and show support for the Black Lives Matter anti-racism movement.

Boris Johnson responded by telling host Nick Ferrari that HE WOULD NOT ‘take the knee’, stating “I do not believe in gestures, I believe in substance. I don’t want people to be bullied into doing things they don’t want to do”.

The Prime Ministers statement comes almost a month after his Forign Secretary awkwardly confused ‘taking the knee’ as something from the TV series Game of Thrones; before rewinding on his statement and stating it was a matter of personal choice.

Boris Johnson has a long and murky history with race, so while many would have prefered Boris to take a knee, just once, to show solidarity with the global anti-racism movement; most are not surprised that he refused.

Do you think Boris Johnson should take the knee and support the Black Lives Matter Movement, or is this a decision for Boris and Boris alone?