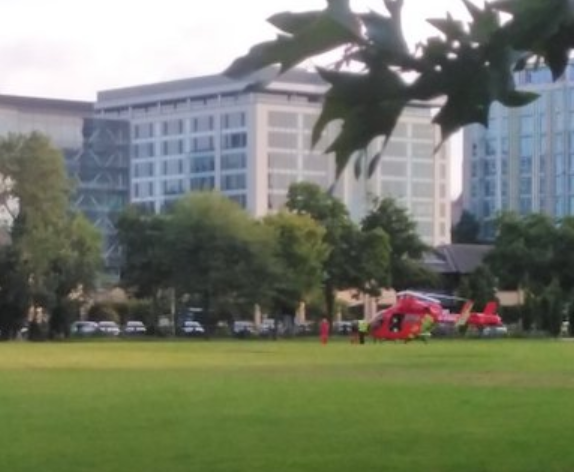 UPDATED BREAKING: Police are investigating a possible terrorist incident after multiple people were stabbed in Forbury Gardens, Reading. Earlier in the day a Black Lives Matter protest was held in the area. Multiple fatalities have been reported.

It is being reported that 3 people have died, although no official confirmation has been made. Video recorded at the scene showed 2 members of the public receiving medical attention paramedics and first aiders. One person was seen to be receiving CPR. The Press association have reported that the attacker was “Libyan”.

One man has been arrested. Home Secretary Priti Patel has said on Twitter that she was “deeply concerned to hear reports of an incident in Reading”. Sky News’s Alistair Bunkall has reported that counter-terrorism police are investigating motives.

Themes Valley Police are warning people to stay away from the area and advising people not to share any images or video from the incident on social media.

Graphic footage has appeared on social media. We will update this story with any information is available. If you were on the scene, please contact us at info@voicebritannia.co.uk. (This video may be deleted by Voice Britannia).