Barnier: ‘NO DEAL if no Brexit agreement made by 31st October’ 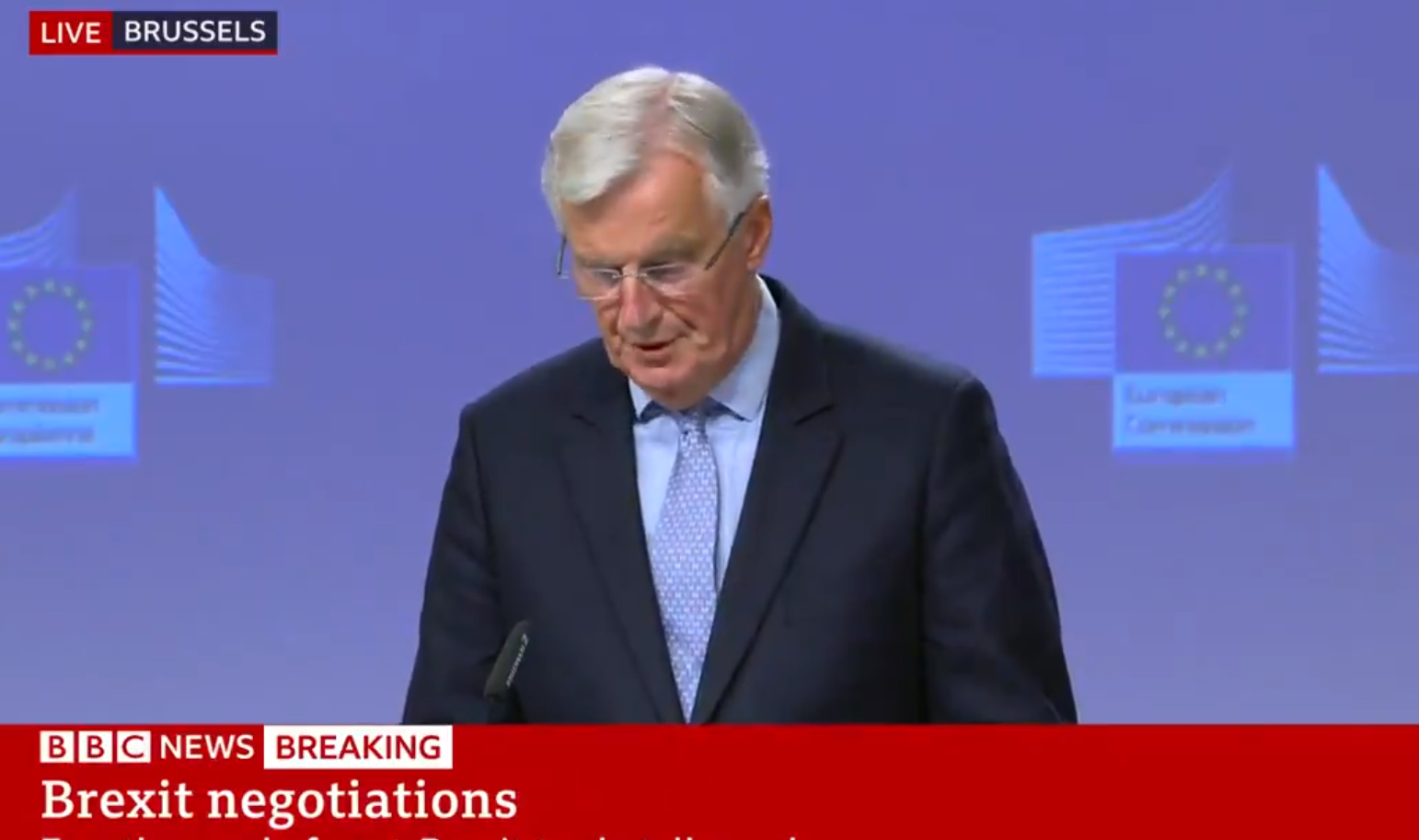 Micheal Barnier addressed the press following the latest round of Brexit talks stating “no significant progress had been made during the 4th round of negotiations”.

Barnier said, “The UK is backtracking on all agreements” and has made no effort to work on agreements the UK’s Prime Minister had agreed to. Barnier stated, “I dont understand it“.

Barnier says the objectives of the talks were to make progress on future relations between the EU and UK, but this is impossible due to “areas of blockage” on issues like fishing.

The EU is seeking guarantees on the rights citizens, and agreements on the future cooperation between UK and EU on police and crime.

On the topic of the governance on the future partnership between the UK and EU’s many member states.

Barnier said “his responsibility is, to tell the truth” and “this week there has been no progress,”. Barnier said on fishing “the UK has not shown any will to explore any other approaches on sharing quotas, they will not budge and want an annual agreement, which the EU cant do“.

The EU negotiator commented that no progress has been made on creating a ‘level playing field’, fishing and nuclear. The EU had thought both sides were close on environmental taxes and development, but nothing came from it.

On law enforcement, Barnier said, “they were able to have a constructive discussion” with questions remaining on the UK’s future human rights arrangement.

Lastly, Bernier talked about how ‘time is running out’., with the UK refusing to extend the transition period. Barnier said, “the EU has always been open to extension, and the door is still open to an extension”. Barnier said that Boris Johnson has chosen to ignore the current negotiation agreement.

At times, Barnier seemed exasperated at the actions of Boris Johnson and his negotiating team. As time has gone on ‘they (the UK) have distanced themselves from Brexit Talks’.

Barnier gave the stark warning. If a Brexit deal has not been agreed by the 31st October, the UK WILL leave the EU with no-deal.

The UK’s negoriatior David Frost has responded by saying no progress had been made, but the ‘tone’ was good.

The 31st October is 5 months away.