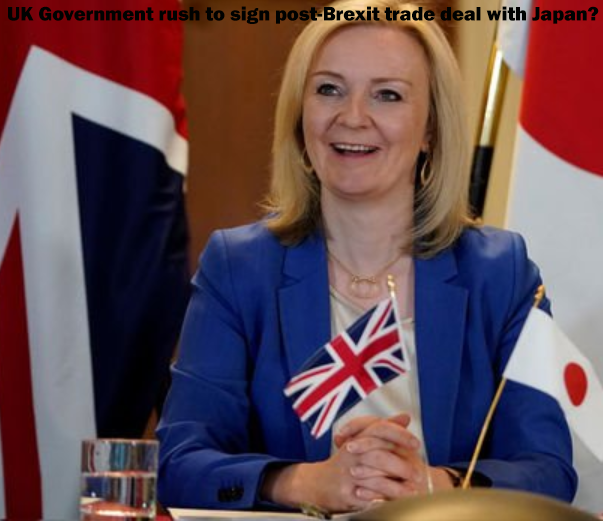 The UK and Japan are now on the road to securing an abnormally fast ‘trade deal’ as the UK scrambles to make trade deals with the world in the lead up to the 30th December Brexit cliff-edge; and WTO rules.

International trade secretary Liz Truss pledged that the UK is working with Japan to secure a “comprehensive” post-Brexit trade deal. However, Japans chief negotiator Hiroshi Matsuura told FT that he urged the British negotiators to ‘limit their ambitions’ due to the lack of time available to make the arrangements.

Government state that a UK-Japan Free Trade agreement could result in an ‘£800 million boost’ to worker wages while lowering the prices of ‘key consumer goods’; although Japanese trade experts have stated ‘there is zero chance of a UK-Japan trade deal until the EU-UK Brexit deal is made’ due to Japans views that the UK and EU markets are connected’.

CLICK HERE FOR THE CHANCE TO WIN £10 AMAZON VOUCHER AND A ‘VOICE BRITANNIA’ MUG!