The UK Government: “Britain is in the last chance saloon” – Chris Whitty to address public this morning. 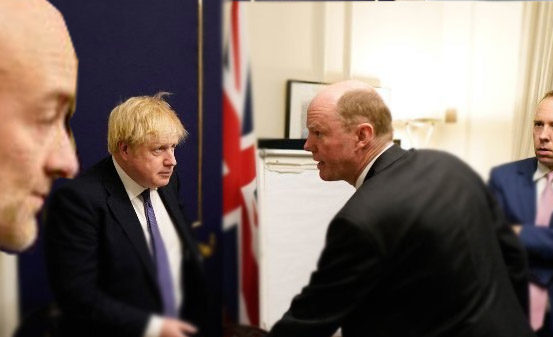 The UK’s chief medical officer is to warn that the nation has reached a “critical point in the pandemic. Later this morning, Governments top scientists will brief the public on the current precipice the UK’s is now dangling above.

Prof Chris Whitty is scheduled to tell the nation we are “heading in the wrong direction” in relation to COVID-19, and that the UK now faces a “very challenging winter period”.

When the Prime Minister finally addresses the public (?), it is expected he will threaten more curfews on entertainment venues and further bans on socialising in public if the nation does not follow rules on isolation and distancing.

A Government spokesperson told VB that the new (sigh) message is that the UK is now in the “Last chance saloon”, and if the public dont act to stop COVID-19 spreading now the country will be locked down.

VB was told: “Schools are open, shops are open. The virus is spreading faster than wave one. A second national lockdown is unavoidable. Boris has failed.”

At 11 am today, Chris Whitty will tell the public in no uncertain terms that if we dont start following the rules then the UK will have to be locked down; although, most experts believe the damage has already been done.