Canada refuses to extend the current trade agreement (CETA) if the UK crashes out the EU with no Brexit deal. 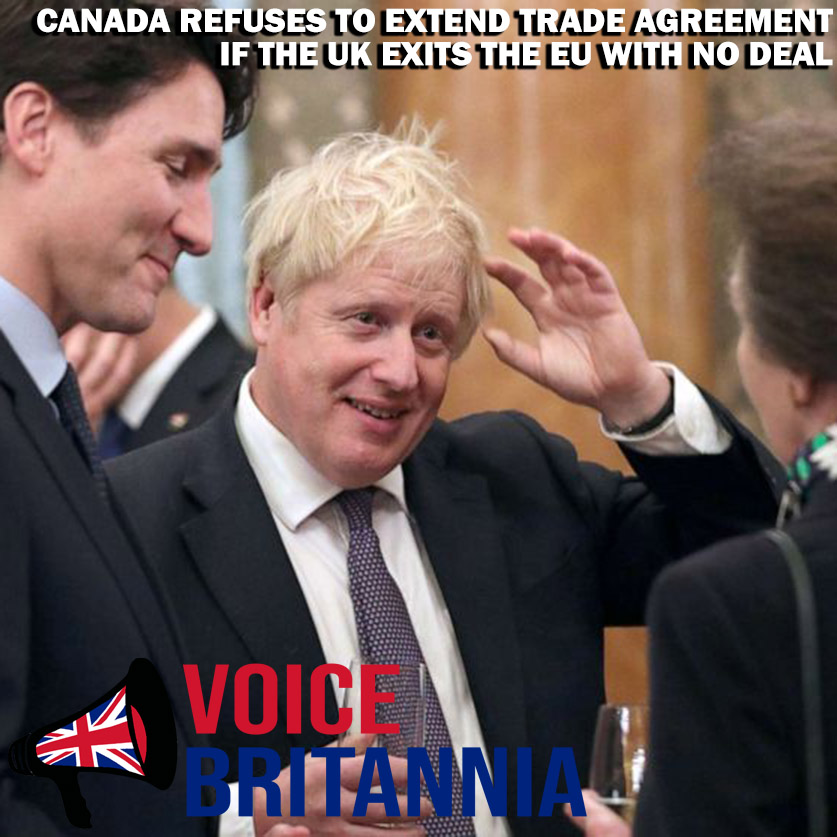 Canada is one of the UK’s most important trading partners, making up over 1.5% of the nation’s exports; via the Comprehensive Economic and Trade Agreement CETA. The UK has a little over 3 months to confirm deals in preparation for leaving the EU at the end of December.

The ‘Comprehensive Economic and Trade Agreement’ is a free-trade agreement between the EU and Canada. As an EU member, the UK is part of the agreement, but once we exit the EU this will end in its current form.

A Canadian spokesperson told BuzzFeed News “In the event that the UK leaves the EU without an agreement, it has proposed to provide all WTO partners, including Canada, with duty-free access for 95% of tariff lines.

“Post-Brexit, any future trade arrangement between Canada and the UK would be influenced by the terms of the withdrawal agreed between the UK and the EU, as well as any unilateral UK approaches.”

Canada’s decision to refuse to extend their trade agreement with the UK is said to have left British diplomats ‘furious’ as they scramble to try and retain some sort of deal for the future. The decision to not to stick with current trade arrangements in the event of a no-deal Brexit will have gigantic ramifications for businesses in the UK who export to Canada.

British officials wanted Canada to roll over the CETA, even in the event of a no-deal; but Canadian diplomats have dug their heels leaving British diplomats ‘furious’ at the rejection, which follows months of asking the Canadians to the extent the deal.

Canadian officials told BuzzFeed that Canada would roll over CETA during a transition period, but warned the UK and EU that they need to agree on this as quick as possible. This means if the UK exits without a deal, the UK will not have the CETA extended; meaning the UK could be forced to trade with a major trading partner, under “WTO” rules. The UK has until the 31st of October to nail down a Brexit deal, or we exit without one.