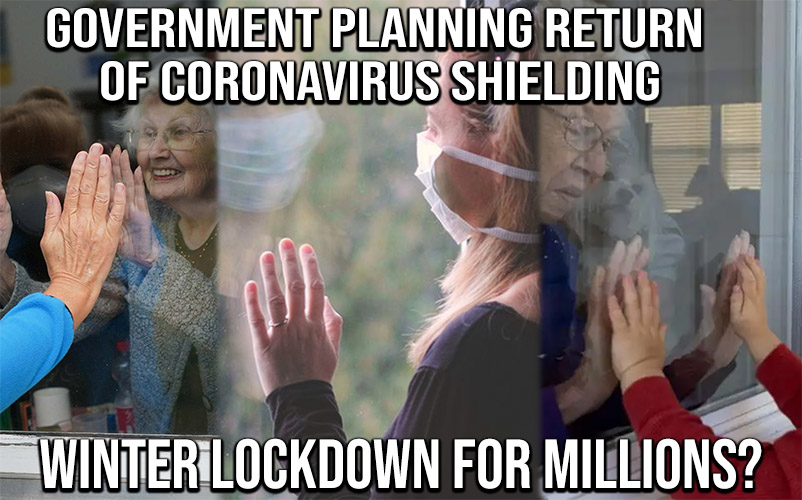 For many, the thought of finding an excuse not to leave the house during winter is tantalising; It’s not like the UK is the warmest of places. However, put yourself in the shoe’s of the UK’s 2.2 million vulnerable people who have spent most of summer locked indoors; And who are now expected be told to do the same over winter.

Second round of shielding planned.

As part of Governments new COVID-19 tier system; vulnerable people in ‘Tier 3’ areas will be forced back into shielding. It is expected the news on the second round of shielding will be announced next week when the government introduce their latest round of restrictions and financial assistance.

A Westminster source told VB: “This will not be identical to the first shielding order. We intend on using localised targetted measures that will only see people shielding when they are at risk. It is a big ask to lock people away for what could be months, again.”

Deputy chief medical officer, Dr Jenny Harries has been tasked with looking at ways of “tailoring shielding” in the hope that a balance can be found between shielding and isolation people from the rest of society.

However, questions have previously circulated about Dr Jenny Harries political stance during the COVID-19 pandemic. During the ‘first wave’, the doctor famously parroted Boris Johnson’s view; that ‘wearing face coverings created more risk of catching Coronavirus’. Since Harries, and ‘media’ Doctors who spread this incorrect advice on masks and face-coverings; It has become law to cover up in most indoor locations.

We need doctors and health professionals who base their decisions on science and care; something Harries arguably failed at. Her post-truth advocation against face coverings is still being used in anti-mask arguments.

As blunt an object as is may seem, a degree of shielding of old and vulnerable people IS a good idea. As the ‘second wave’ run’s out of control those most at risk are older people and those with pre-existing issues. If these people are not protected, many will die.

A decision / announcemend is expeted early next week.