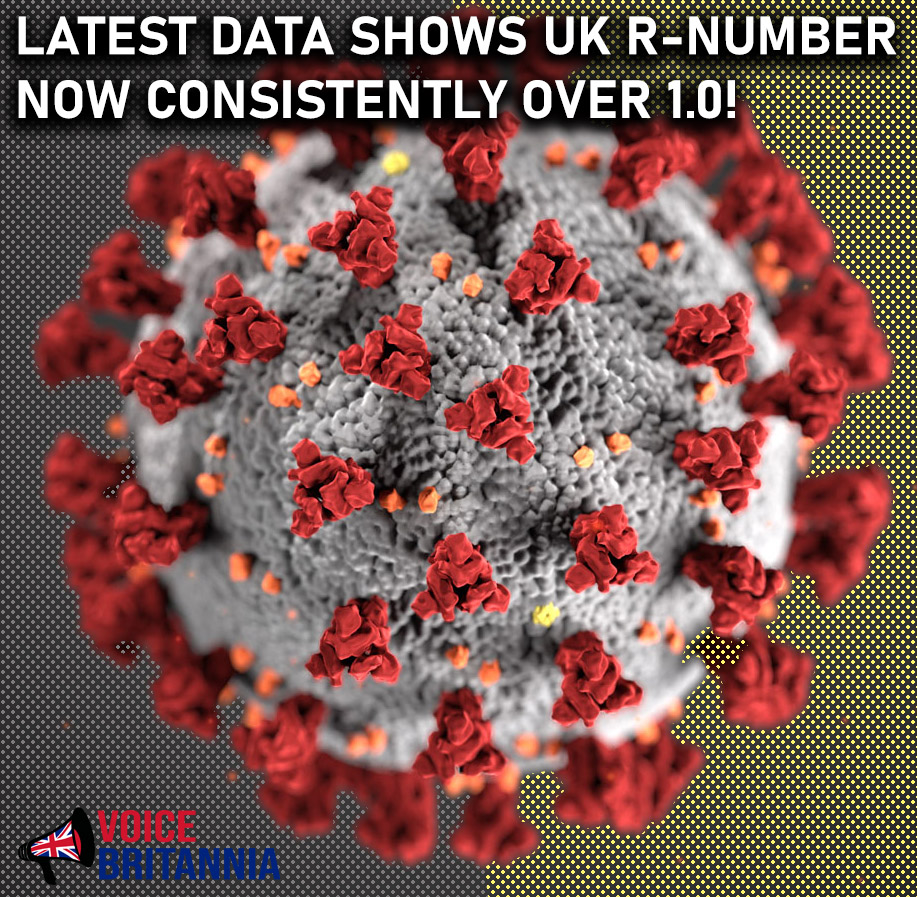 Voice Britannia has seen some of the most recent Coronavirus modelling data including forecasts into the start of September. In recent days the UK’s R-Number has been consistently as high as 1.13.

The report, which shows the stats as of 17th August, with forecasting up to the 31st of August. These numbers are bases on the actual new cases and rates of infection.

The R numbers between the 12th August and the 17th August held steady at 1.14; however, this did drop to 1.13 towards the end of that week.

By the 17th August, (the last day estimated using real-data) the UK’s R-Number was sitting at 1.13, although the potential range reached as high as 1.44.

Future projections for the R-number only extended as far as the 18th August, so we are currently unaware of the R number as of the 21st August. We expect the government to release their ‘official’ R number in the coming days. (This can also be seen in the chart below).

The CMMID COVID-19 data also reports on the amounts of current cases in the UK with projections through to the end of August. If these projections are correct, by the end of the August summer holiday period; The UK could see an explosion in new Coronavirus cases.

As with all modelling of this sort, we have to apply a degree of flexibility to the results and how we interpreted them.