Cowden Beach to be closed to protect the public from the risk of unexploded ordnance at the former RAF bombing range. 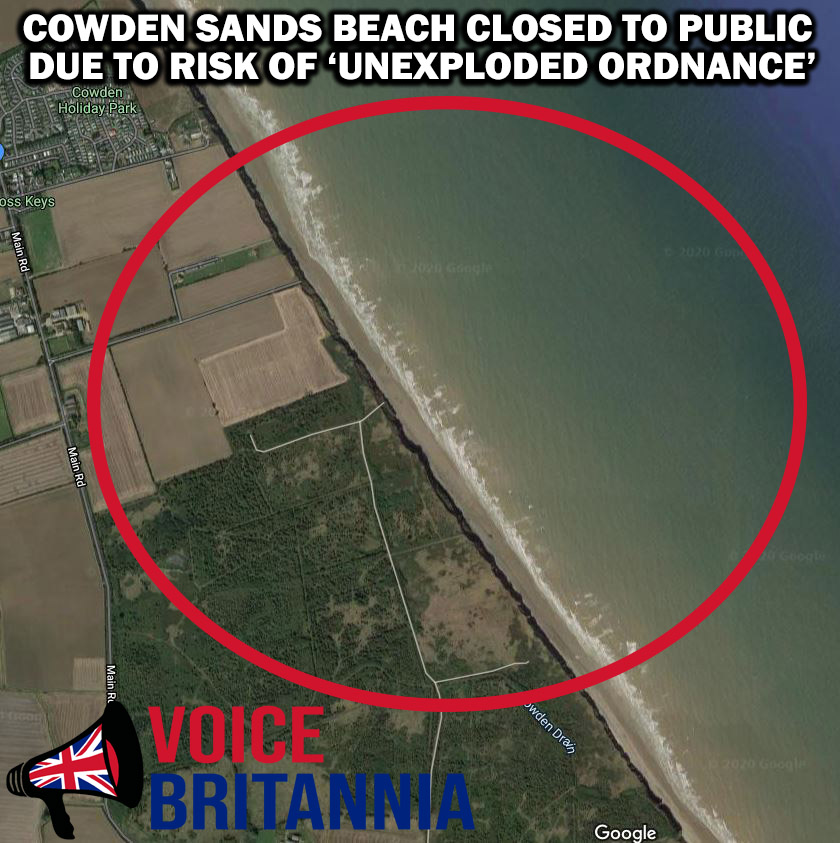 The Ministry of Defence (MOD) has announced that a stretch of ‘Cowden sands beach’ on the North- has been closed to the public. This action has been taken to protect the public from the risk ‘unexploded ordnance’.

Cowden beach was formerly home to RAF Cowden and was used as a coastal bombing range from 1959 to 1998. Decades of coastal erosion has led to unexploded UXO’s which were buried to occasionally appear, then be disposed of.

Recent erosion is reported to have led to an increase in UXO’s on the beach, leading to the MOD taking action to remove them with ‘minimum disruption to the public access to the beach’. Signs and red flags will warn the public which area of the beach is closed.

It is against the law to pick up military materials from the beach under the RAF Cowden Byelaws 1977. If you see a UXO or anyone near one, call the police.