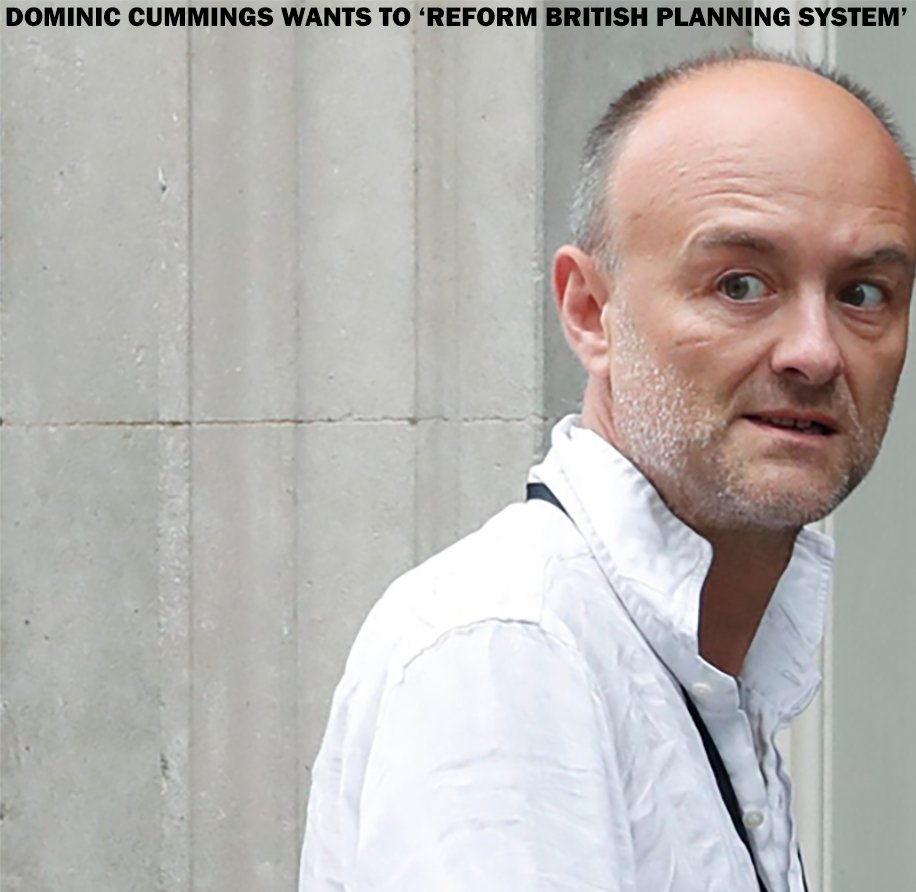 Boris Johnson’s Government has many issues. Currently; Boris and Dom are fighting COVID-19; they are saving the economy and they are bringing some fluidity back to the nation’s pubs. Now, it seems Government have found issues with the countries planning systems, with Dominic Cummings team saying ‘they make it too difficult to build’.

Boris and Dominic take aim at the British planning system

This week, Dominic Cummings held his first ‘Special Advisor’ (SpAd) meeting since being outed for his 250+ mile trip to the North Lodge home, near Durham; and the infamous eye-calibration trip to Barnard Castle. Top of Cummings new post-COVID19 to-do list is a reformation of the UK’s planning system, which he claims is ‘making it far too difficult to build’.

To find the roots of Dominic Cumming’s (an unelected advisor) plans to change the UK’s planning laws, we have to cast our minds back to April. While mainstream media was talking about Cummings drive to Durham; Another, potentially more serious story from that weekend were the reports on the registered status of Cummings Durham second home.

Black Isle Media’s Alex Tiffin reported the revelation that the ‘second-home’ was built without any planning permission; the property was not registered with the local council, meaning that it is possible NO Council Tax was being paid against the property! (Tiffin’s article is chocked full of evidence, give it a read).

It was reported (Guido) that Cummings has framed his desire to change the UK’s planning rules as something government need to do stimulate house building. Boris and Cummings believe the rule change is needed to entice the UK’s younger voters to vote Tory; although this does beg the question of why Boris and Cummings feel they need this as the Conservatives currently hold one of the largest parliamentary majorities in British history.

Is Dominic Cummings trying to change the rules so he avoids the legal issues with his ‘second-home’? OR, Do Government really need to win the under-45’s votes? Head to our Facebook page and tell us there!

Durham County Council said they received several complaints about North Lodge and if it can be used as a residential dwelling. The authority is now investigating the legalities of Cummings ‘second-home’.