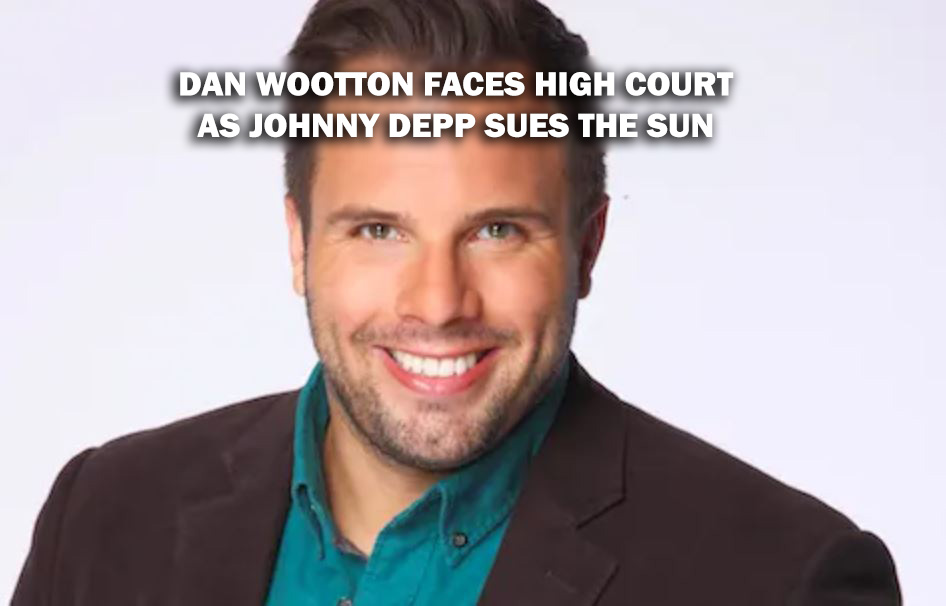 In April 2018, Dan Wootton used his entertainment column in The Sun to alleged that Johnny Depp was a “wife-beater”; Depp’s lawyers told the court that Wooton’s report was “complete lies”. Johnny Depp is suing The Sun’s publisher, News Group Newspapers (NGN) for libel damages.

Johnny Depp has continuously denied that he was violent towards ex-wife Amber Heard; alleging that it was actually Herd who abused him. The couple re currently locked in a legal dispute over the matter in California. Early in 2020, Johnny Depp released audio evidence that allegedly shows Heard admitting to abusing Depp; lending heavy credence to Depp’s lawyers claims that Wooton’s report was “complete lies”.

Johnny Depp and Amber Heard were both at the high court in London today (Tuesday 7TH July).

Depp’s barrister, David Sherborne, said that Wooton’s article contained “defamatory allegations of the utmost seriousness” against Depp, which accused him of serious assault of Heard. Sherborne went on to say: “The articles amount to a full-scale attack on the claimant as a ‘wife beater’, guilty of the most horrendous physical abuse.”

Talking about the tactics Dan Wooton used in his article to frame Depp as a wife-beater, Sherbourne said: “The author deploys a panoply of cultural and topical references – namely the #MeToo movement, the Time’s Up movement and the disgraced film mogul and serial abuser of women Harvey Weinstein – in order to convey the seriousness of what the claimant is alleged to have done.”.

This is the latest in a line of allegations of poor quality journalism against the New Zealand-born journalist and the Sun; both holding a deep a history of inflammatory and sometimes untrue stories which include false allegations about victims of the Hillsborough disaster or the vilification of Caroline Flack in the lead-up her suicide.

When talking about Amber Heard, Sherborne said “The claimant’s position is clear – Ms Heard’s allegations are complete lies. The claimant was not violent towards Ms Heard, it was she who was violent to him.”

Depp’s legal team stated that for them, this case is not about money; Depp only wants to clear his name and be vindicated of crimes alleged by Amber Heard.

What do you think of this Story? Was Johnny Depp right to take action against The Sun, or should he just take it and move on with his life?