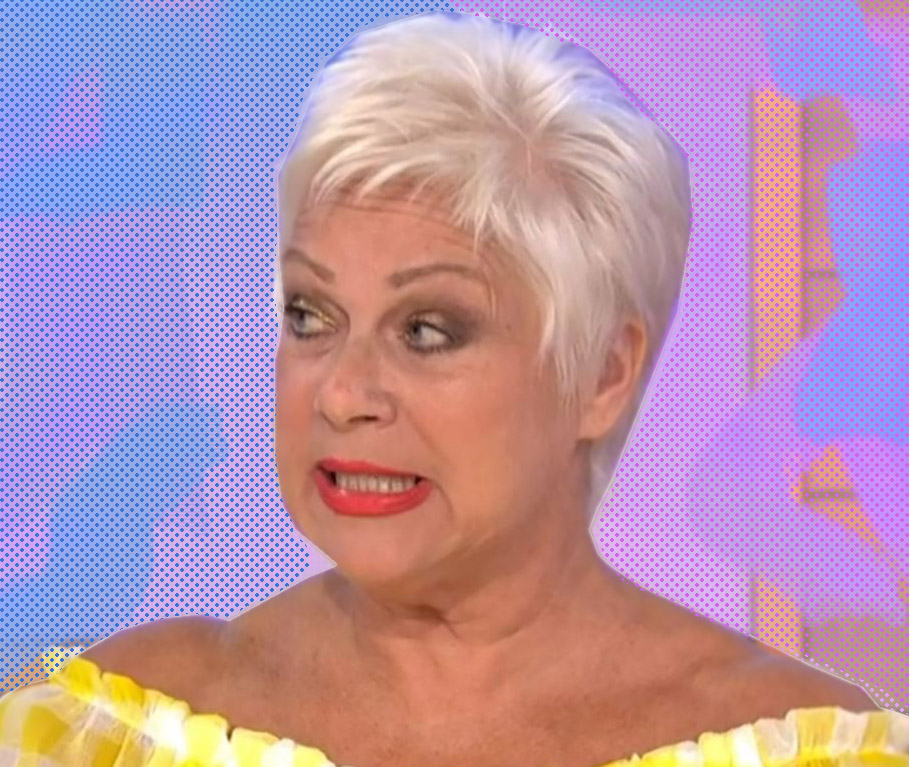 Loose woman, Denise Welch has been called out on social media for attempting to spread potentially dangerous COVID-19 misinformation as she attempts to bury her head in the sand and somehow prove that everything is fine when statistics show things are far from fine.

IN recent weeks, Denise has been using her large social-media platform (436k followers) to talk COVID-19 ‘narratives’ and spread distrust over how much of a risk COVID-19 actually poses to society.

Last Tuesday, Denise took her campaign to the next level by telling people that Sweden, who followed a ‘herd immunity’ strategy reported “zero deaths”; to try and put parents minds at ease as children in England prepare to go back to school.

Since the pandemic hit Sweden at least 5,821 people have died and the countries small population (10.2 million) has had to deal with 83,958 cases of COVID-19; which may seem small when compared with the UK’s 332,752 cases until we remember the UK’s population is more than six times bigger than Swedens.

The reality is that Sweden has had a really bad time with Coronavirus. Early on, the Swedish government decided to go ahead with a policy of ‘herd immunity’. In July, Swedish Chief-epidemiologist, and the man behind Swedens pandemic response, Anders Tegnell said “I’m not convinced” the Herd Immunity was the best option to take. The herd immunity plan failed.

In recent months, the Lancet has published 2 studies which looked specifically at seroprevalence and whether herd immunity was possible. Both studies show that Herd Immunity was unachievable, with as few as 5% of people carrying the antibodies following infection.

It is a gross misrepresentation fact to say that no one has died from COVID-19 in Sweden; nearly six thousand people, including children, have died.

Also in relation to Welch’s inference that Swedish children were safe at school, the Swedish Government have come under fire as they did not track or study the spread of COVID-19 in Swedish schools, with experts calling it ‘a wasted opportunity to study COVID-19 in schools’; The reality is that scientists have no way of knowing how COVID-19 spread through Sweden’s schools.

Over the weekend, some of the social media more rational voices spoke up. Byline times Co-founder and all-round good journalist Peter Jukes decided to counter Welch’s COVID-19 misinformation with factual information, all backed by empirical data (via WorldoMeter). In a perfect world, people would act rationally when presented with new information that disproves something they previously believed was true; Sadly, this is not a perfect world and Denise is not acting like a rational person.

Welch ended her doubling down by attempting to represent her ‘zero deaths’ claim as being in relation to schools, which is just as silly. Welch is one of many who, whether through ignorance, influence or the same mental health emergency that they claim to be addressing; are spreading dangerous disinformation through society. Denise has a huge platform, with almost half a million followers, and many of her tweets being seen by millions of people.

Every time influential people post misinformation, whether deliberately or on purpose, it has the effect of validating those who believe in that conspiricy theory. Personally, I find Denise’s claim a bit tacky. I just do not understand how lying or misleading people with mental health issues can in any way be good? It is condescending at best, and a form of gaslighting at worst.

If Denise truly cares about societies mental health, she should consider giving more thought to how she is acting. Now is not the time to be feeding into dangerous COVID conspiricy theories (Unless they involve people paying Denise to spread this nonsense).