Desperate President Trump demands “a Drug Test of Sleepy Joe Biden” before the next debate! 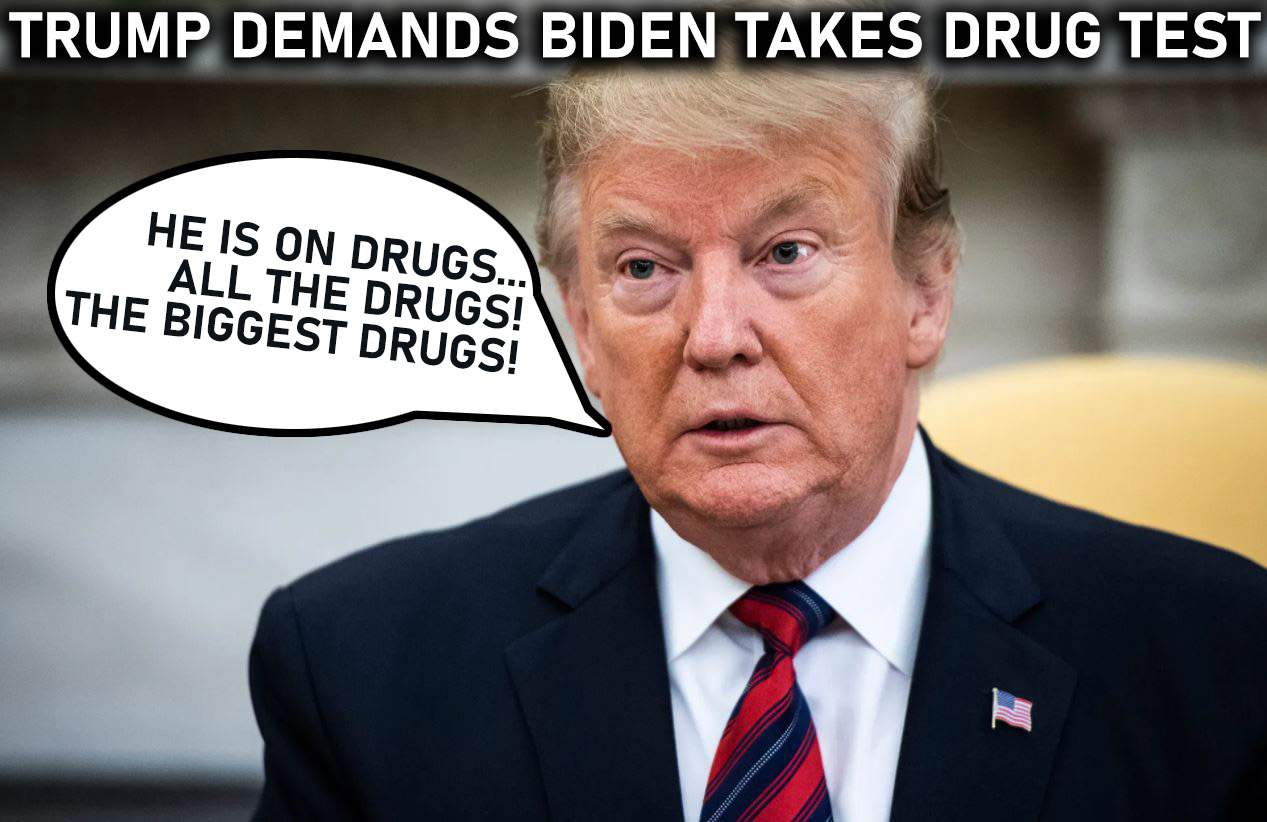 Donald Trump’s presidential campaign had not gone very well. His ‘Law and Order’ rhetoric has pushed large parts of the US being on the verge of civil war – And has led to him being thumped in the polls.

With Presidential candidate ‘sleepy’ Joe Biden consistently beating Trump in the polls, The Donald is scrambling for ammunition. Biden’s age has been one of the sticks 70-year-old Trump has chosen to beat his opponent with – and today, Trump pushed this attack line to its limits.

In what can only be described as a desperate attempt to smear Joe Biden; Trump has demanded that he face a DRUG TEST before and after their next debate!

“His Debate performances have been record-setting UNEVEN, to put it mildly. Only drugs could have caused this discrepancy”

Trumps is known for his irrational claims and childish demands, but even his loyalist supporters will struggle to support this claim. It’s depressing to think he will probably still win.