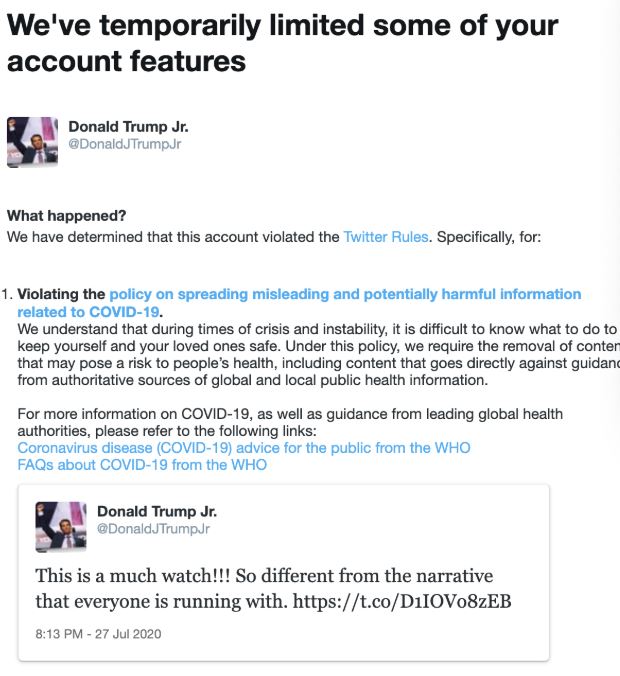 Twitter has temporarily suspended Donald Trump Jr’s account after the Presidents son posted a video containing ‘misleading’ information about COVID19 and how it could be ‘cured’.

The tweet, which was also shared by his father, Donald Trump, contained a viral video which featured ‘medical doctors’ from Nigeria (we have to confirm this) talking about how COVID-19 can be cured using Hydroxychloroquine.

There is currently no scientific evidence to back up the claims that Hydroxychloroquine can be used to prevent or cure COVID-19.

Twitter deleted the tweet, stating that it has breached Twitter’s policies on ‘spreading misleading and potentially harmful information about COVID-19’. It is not known how long Trump Jr’s suspension from the social media platform will last.