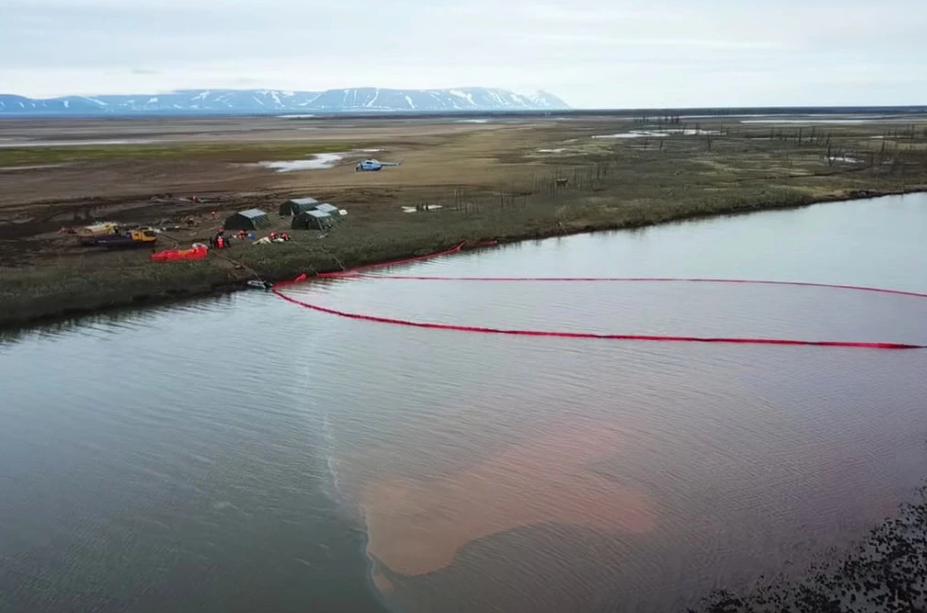 Vladimir Putin has declared a state of emergency after a massive diesel oil spill leaked into the Ambarnaya River, Siberia

Russia’s Investigative Committee has launched a criminal investigation into the incident, with a reported a two-day delay in the news reaching the Kremlin.

The director of the power plant involves, Vyacheslav Starostin, has been taken into custody and may face charges.

The spill after a fuel tank at a power plant near the city of Norilsk collapsed last Friday, leading to the massive diesel-oil spill. The arctic-circle based plant is operated by a subsidiary of Norilsk Nickel, the world’s leading producer of nickel and palladium.

The spill was believed to be caused by ground subsidence after unseasonable warm weather caused permafrost beneath the fuel tanks to melt. The oil drifted currently stretched around 7-miles from the accident site, turning the Ambarnaya river diesel red.

An angry Yevgeny Zinichev is said to have asked: “Are we going to learn about emergency situations from social media?”. This slow movement of information on this incident has led many to draw parallels with the Chernobyl nuclear disaster, which happened in 1986.

President Putin expressed anger after discovering his officials only learnt about the huge-spill at the weekend. The spill has since polluted a 135 sq mile area of the Arctic Circle.