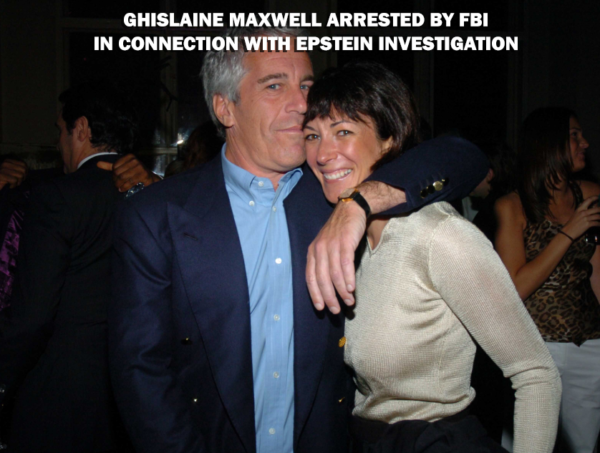 Ghislaine Maxwell, close-friend of millionaire sex-offender Jeffrey Epstein has been arrested by the FBI in New Hampshire, USA.

It is believed that she was arrested in connection to ongoing investigations into Jeremy Epstein. Ghislaine is the daughter of British media baron Robert Maxwell.

Ghislaine was a long-term girlfriend of Epstein, and alleged to have ‘helped Jeremy Epstein groom teenage girls for sex‘. Epstein was reported to have committed suicide in Jail last year.

Maxwell’s arrest is the latest update in the ongoing FBI investigation into the dead paedophile. The FBI is also interested in speaking to British royal Prince Andrew to talk about his friendship with Epstein.

CNN Reported that she faces charges in connection with the federal investigation into Jeremy Epstein’s accomplices, which could include Prince Andrew. Investigators believe that Maxwell may have been involved with the finding and bringing of young girls to Epstein.