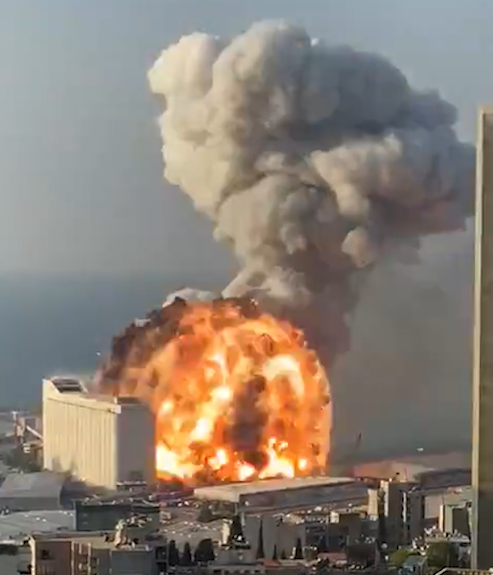 BREAKING: A massive 5-Kiloton explosion has rocked Beirut city today. As of 2100 UK-time, 50 people have been reported dead with nearly 3000 people injured. Hospitals in Beirut are said to be at breaking point.

The explosions are reported to have happened at “warehouse 12 in Beirut port”. While it was rumoured that the warehouse was used as a firework, the Lebanon government have said that ‘explosive materials’ which are believed to be were being stored at the port.

It was reported that buildings as far as 15 miles away were damaged from the blast. Hospitals in Beiruit, are said to be at breaking point with reports of hospitals turning people away reaching social media.

Rumours have circulated that the explosion may have been caused by an Israeli strike, however, both The Israeli military and Hezbollah have denied this.

It is currently unknown what actually triggered the horrific explosion, but the incident Lebanon’s interior minister has said that the explosion was caused by ammonium nitrate which was being stored at a warehouse at the port.

Watch unbelievable video footage of the explosion and its aftermath below!