Police fear ‘perfect storm’ as far-right activists confirm they will “protect our war memorials” this Saturday. 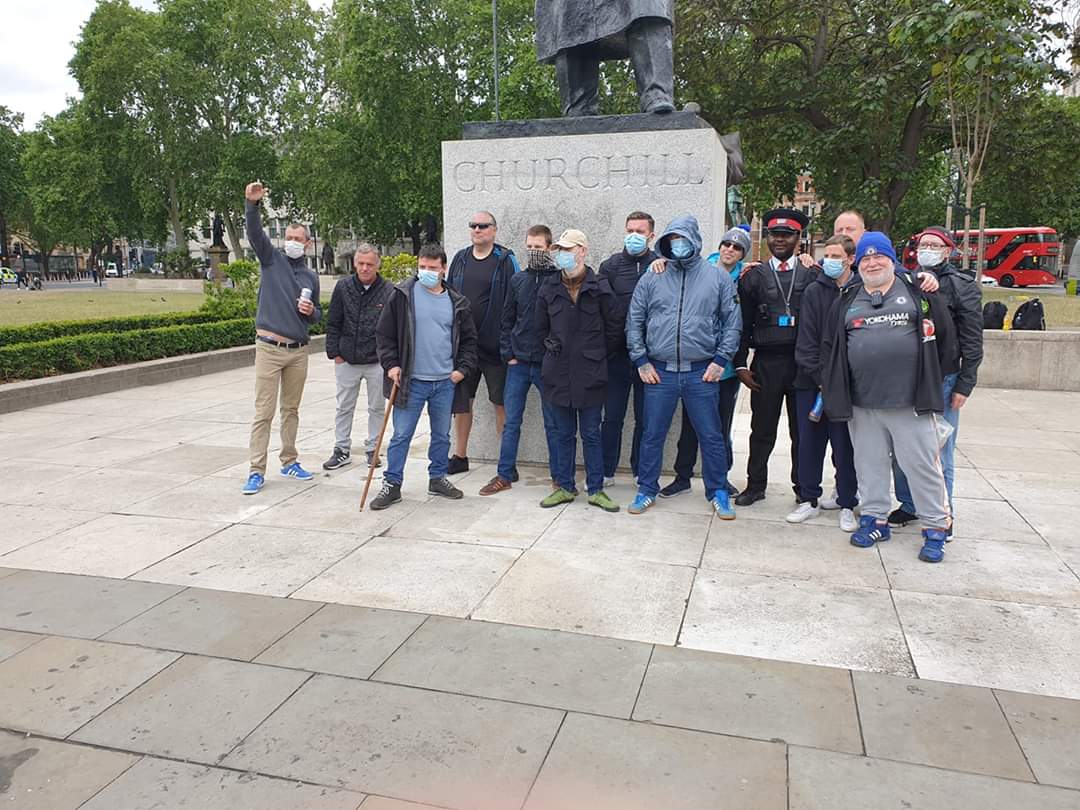 As we reported yesterday, the far-right football supporter’s group, the Democratic Football Lads Alliance; are telling members to go and ‘defend England’s statues and war memorials’ this weekend. This follows a ‘call to arms’ by Islamaphobe Tommy Robinson, who called on his supporters to ‘meet him on Saturday’.

The DFLA claim they are not counter-protesting Black Lives Matter protestors. The group’s decision to answer Tommy Robinson’s call and travel to London this weekend is a worrying development for Police and anti-racism protestors.

The DFLA claim they have no issue with the Black Lives Matter movement, instructing members to avoid “engaging with agitators”; only intending to protect (London’s) war memorials.

The DFLA rhetoric, as with Tommy Robinson’s, seems to indicate a push to counter-protest the BLM protests. The group has faced criticism from the Premier League who issued warnings to clubs on the group’s anti-Islam agenda.

In recent days BLM has pulled down a statue of 17th-century Slave-Master Edward Coulson; which has inspired the removal of more statues of “racist” historical figures. Far-right groups say they wish to “protect war memorials”, which will mean they are protecting them from BLM protestors.

Far-Right activists were heard shouting “why don’t you go back to Africa”; and at one point chanting “there’s only one Lee Rigby”. Police were forced to end the event early.

Recent images from Parliament Square have shown that people have started arriving to protect the Winston churchill statue. It is unconfirmed whether they are DFLA members.