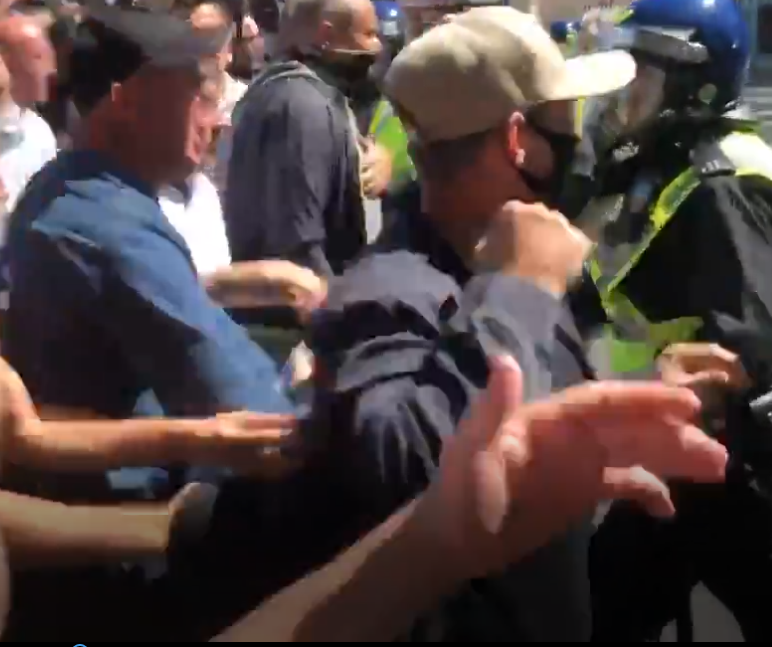 Police in central London have clashed with violent far-right supporters who have came to counter-protest the Black Lives Matter movement. This follows Tommy Robinson calling on supporters to protest in London.

This weekends counter-protests come after far-right mouthpiece Tommy Robinson called on supporters to meet him in London. Tommy Robinson later announced he would not be attending.

Video footage from a few hours ago shows violent thugs attempting to fight with police which has included smoke flare being thrown at police-horses. During today’s disturbances, many have reported sightings of neo-nazi salutes and another far-right iconography.

These ugly scenes have attracted public anger after 2 weeks of peaceful Black Lives Matter protests in London. Political influencer Racheal Swindon called on Tommy Robinson (aka Stephen Yaxley-Lennon) to be arrested for his part in todays disturbance.

The Metropolitan police have issued all protestors with a 5 PM curfew; with Government threatening swift justice to those who ignore this advice.