BREAKING: Nigel Farage AXED from LBC! ‘Contract will not be renewed’. 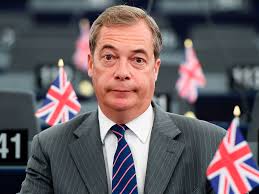 Shock news comes from the political-media bubble today; with LBC announcing Nigel Farage’s contract will not be renewed.

LBC announced that after talks between LBC and far-right Farage, that he will be “stepping down with immediate effect.

It is unclear if the controversial host’s far-right political view’s, and the global explosion of the ‘Black Lives Matter’ movement led to this decision.

Fans of Nigel Farage’s show are describing the axing as an attack on ‘freedom of speech’. However many took to social media to claim victory; LBC host James O’Brien tweeted “we got our station back”.