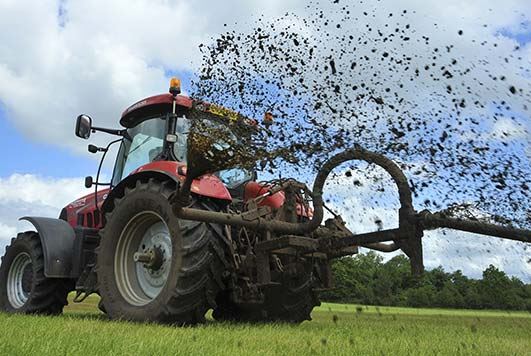 A court in Sussex has heard how ‘poor management’ led to a staff member at Plumpton College mistakenly polluting a stream with ‘farm slurry’ leading, to the death of over 1,500 fish.

The pollution was classified as a Category 1 incident by the Environment Agency; The most serious level. The Agency became aware of the incident following a report by a member of the public. The college did not acknowledge the incident and did not have an emergency plan in place.

This incident occurred when head herdsman Stuart Duncan spread more slurry than the land could take. As the ground was also frozen, most of the contaminated water ran off into land drains, which fed into the nearby Plumpton Mill Stream.

A member of the public reported that the stream ‘smelled strongly of slurry’ and had been turned brown and foamy. The pollution led to the death of over 1,500 fish, with most of the dead fish being protected species, such as migratory trout.

Ed Schmidt, environment management team leader for the Environment Agency said: “Poor management, a lack of contingency planning and inadequate infrastructure at the farm resulted in a totally avoidable pollution incident that had a disastrous effect on the local environment.

“It is even more disappointing that a college that specialises in agricultural practices and teaches farmers of the future failed to take all reasonable actions, and was wholly negligent in preventing this incident from occurring in the first place.”

Plumpton College pleaded guilty at Lewes Crown Court to the offence and was fined £50,000 for the offence; and were ordered to pay costs of £44,852.66 to the courts.

Plumpton College was prosecuted under Regulations 12(1) (b) and 38(1) (a) of the Environmental Permitting (England and Wales) Regulations 2010.