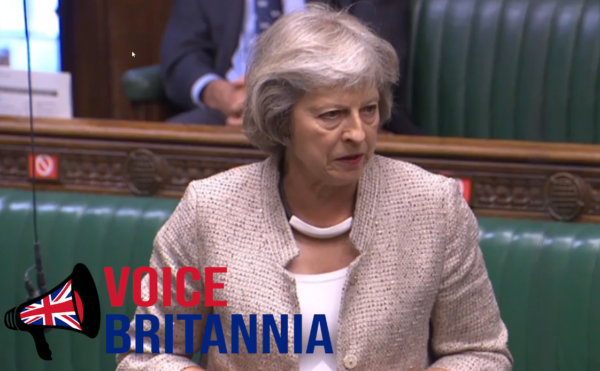 It has been said that ‘hell hath no fury as a woman scorned’. Today, Theresa May reminded people of this adage by engaging in one of the most vicious ‘blue on blue’ attacks the House of Commons has seen in years; tearing into Government after the appointment of David Frost to National Security Advisor.

Ministers were called to the house of Commons, with the Home Secretary being asked to answer an ‘urgent question’ on the appointment of David Frost to National Security Advisor. Micheal Gove attended the sitting to answer questions in place of Home Secretary Priti Patel.

Since Frost’s appointment, many have asked how someone with no experience, could be appointed to a National Security role; leading to today’s urgent question.

The majority of the questions focused on David Frost’s lack of experience in national security; and reports that the appointment was the idea of unelected PM advisor Dominic Cummings. Top of the list of questions was former Prime Minister Theresa May, who has almost 10-years experience in the field; Serving as Home Secretary for 6 years, then PM for 3.

A visibly angry Theresa May opened by drawing attention to her history in national security, and how important ‘independent national security advisors’ were to her during her time as Home sec/PM.

The former PM focused her question on comments made by Micheal Gove over the weekend where he said: “We must be able to promote those with proven expertise”; before launching a full-on attack against the appointment of Frost. May demanded Gove explain “Why then, is the new National Security Advisor a political appointee with no proven expertise in national security?”.

It is not unusual for former Prime ministers to intervene and let their views be known from the back-benches. However, rarely do the former PM’s have such a deep history within the topics they share their opinions on.

It is unlikely that Theresa May received the answer she wanted; but unknown if Cummings has got the result He wants.