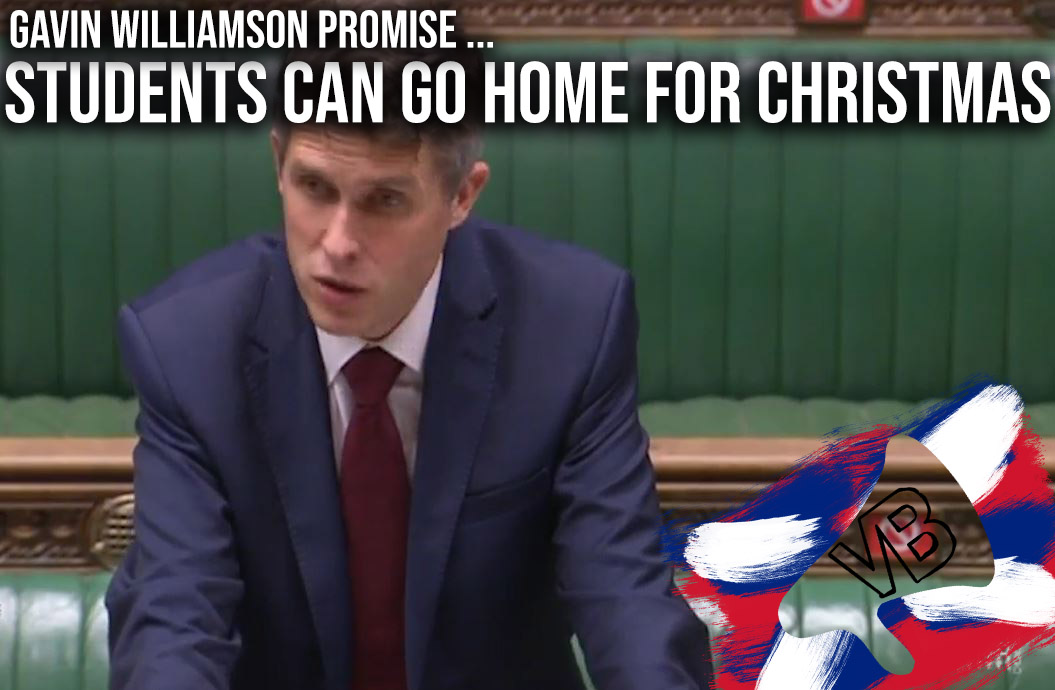 The Minister of state for education slithered out of hiding today to update ministers on the ongoing lockdown of the UK’s students.

Williamson used his statement to issue a verbal contract to students; promising that they WILL be able to go home for the Christmas holidays.

Williamson stopped short at apologising for the issues currently faced by the UK’s locked down students. He also failed to provide answers to the thousands of angry students AND parents who feel jipped by the situation.

The general consensus within those involves is now that Universities should never have physically reopened.

Williamson promised that he will work with universities to ensure students can go home for the Christmas holidays. However, The education secretary mentioned that some students may be required to self isolate before travelling home for Christmas; with classes ending face-to-face earlier to accommodate this.

Labours Hillary Benn asked Williamson to confirm whether or not students would be allowed to self-isolate at home before Christmas. Williamson skirted around answering the question directly. (So thats a NO).

Gavin Williamson has put his political money where his mouth is with his Christmas Holiday promise, although questions persist. Most Universities usually break for Christmas only a few days before Christmas day.

To accommodate the end of term self-isolation’s and travelling home Most Students would need to end their term on or before the 4th of December.

Government may want to spend some time thinking about thousands of students all travelling home for Christmas at the same time; and the impact that may have on COVID-19 infections in the UK? This could mutate into one of these issues where a bit of planning could save them a lot of future hassle.