Gavin Williamson “Parents will face fines if they dont send children back to school in September” (@lbc). 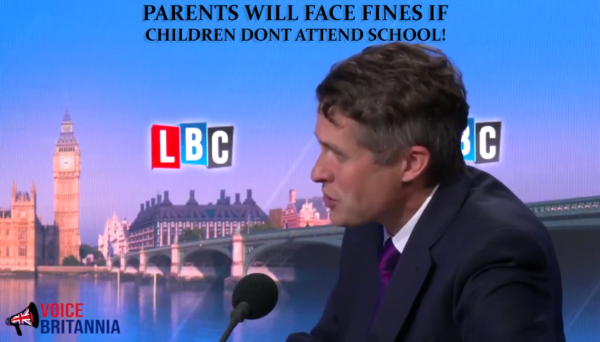 Education Secretary Gavin Williamson appeared on LBC’s Nick Ferrari show to make the threat that parents will face fines if they don’t send their children back to school in September. Schools in England have been mostly closed since March due to Coronavirus.

During the interview, the education Secretary made the pledge that all schools, classes and children will go back to school in September. Schools in England had begun to return in June, although fears over schools abilities to adhere to social distancing led many parents to question the move.

Williamson stated to Ferrari that he feels ‘school is the best place’ for children to be, and that in September EVERY child will return. The Education Secretary went on to state that school attendance will be “compulsory”. Only children with a “good reason” or living in an area which faces a “local lockdown” will be except and that children much get back into “compulsory education”.

Williamson went on to state in no uncertain terms that parents will face fines if they dont send children back to school in September; However, the Education Secretary could not confirm that all steps would be in place make this possible; With many schools lacking the space to hold classes while adhering to social-distancing guidelines.