Gavin Williamson plans to reopen schools with NO-LIMITS on early-year group sizes; While Leicester under lockdown due to Coronavirus spike in children! 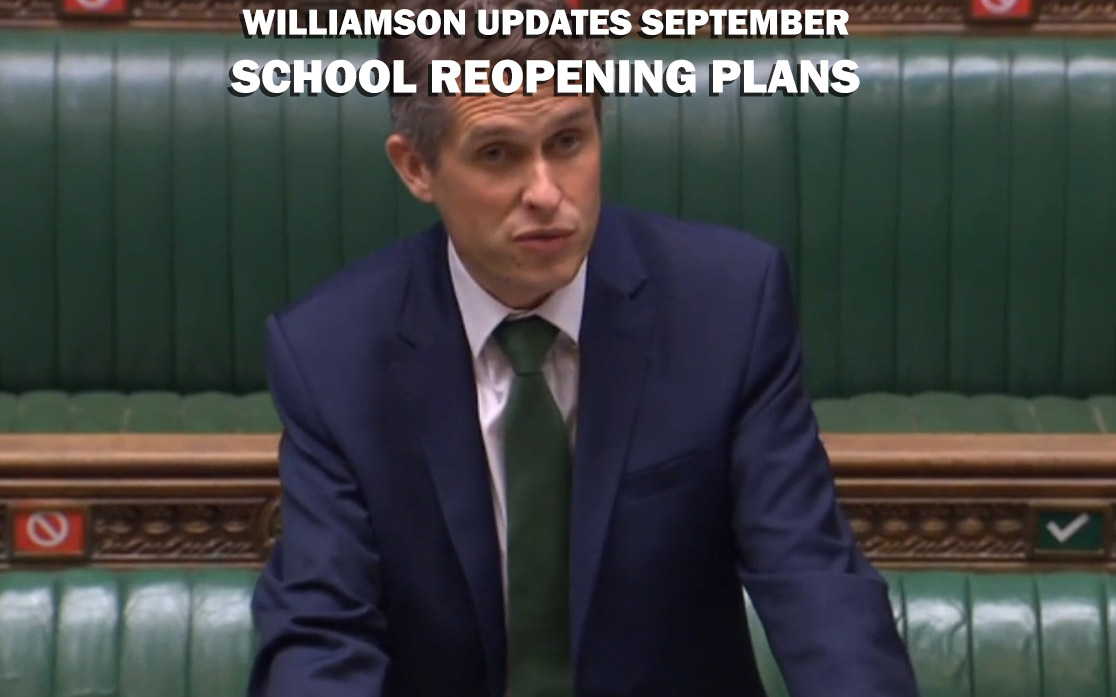 Education Secretary Gavin Williamson addressed the House of Commons today to update his plans to reopen Englands Schools in September and get kids back to school.

In todays statement, Williamson told ministers that schools will be asked to create ‘bubbles’ of children, pivoting away from talk of social distancing, which may have stopped some schools from opening to the space that would be needed.

The minister said, that from 20th July, nurseries, childminders and other ‘early-year’ learning will have ‘no limits on group sizes; allowing children to play in groups. For older year classes, the education minister is advising that the public should ‘remain distanced’. It is thought this will be achieved by staggering class days/times. Schools will also have full access to COVID19 testing.

Williamson stated that ‘infection rated are falling around the country’, and that he has worked closley with medical experts and PHE England to ensure the safety of children and teachers returning to school; However, the recent lockdown of Leicester and the high occurrence of COVID19 in Children there has led to criticism of the Education Secretaries plans.

Only 2 days prior, Health Secretary Matt Hancock had confirmed that one of the main reasons Leicester was locked down was due to a spike in Coronavirus within children locally. So While Williamson seems to think he can barrel on without care; Data seen by the Department of Health shows that removing social-distancing rules for children could prove to be a bad idea. It could be a FATAL idea.

This week, We reported that estimates show the UK’s R numbers to be much higher than Government say! Click here to read.

Opposition Ministers expressed worry that Gavin Williamson is ignoring the most recent COVID19 infection rate reports. By ignoring the fact rates of infection are high in children, Williamson has many believing focusing on an ideologically motivated, political goal. Not focusing on the health of the children he is paid to look after.

Shadow education minister Kate Green MP agreed with Williamson sending kids back to school in September. However, the minister did stop short at backing Williamsons plans on fining parents. (Rumour is, THIS is why Rebecca Long-Baily was sacked!)