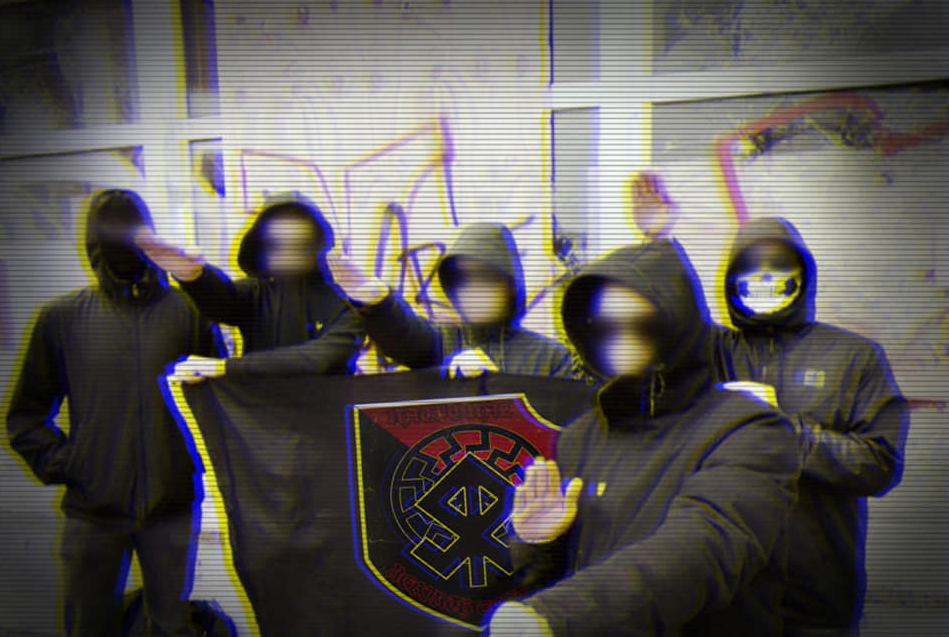 For a second time this week, Glasgow’s George Square descended into violence with riot police being called on to protect peaceful protestors from violent thugs. Voice Britannia has received evidence that shows recent violence is potentially linked to the banned Neo-Nazi group “National Action”; operating as “National Rebirth Scotland”.

The neo-nazi group have announced another event in Glasgow’s George Square to “Stand up against Antifa” on 27th June.

The far-right hate group are currently operating openly from their Facebook page; which became active in the last week although, had been created in January 2018. Our source informed us they were also operating an Instagram page, although this has since been deleted.

On the page, National Rebirth openly display images from Last weekends protests, showing the lines of police holding them back. The images also show organised ‘troops’ of National Action Scotland members marching in formation, into counter-protest.

National Rebirth Scotlands Facebook page is littered with disgusting far-right and neo-nazi propaganda which openly displays Nazi symbolism. In many of the images, the members can openly be seen raising their arms in Nazi salute.

Other images on the page contain threats towards the Black Lives Matter movement, Antifa and are littered with racist rhetoric and discourse.

Voice Britannia has been told that Facebook and Police have been informed of the page and future protests.

Voice Britannia urges people to try and avoid violent confrontation at all costs. It’s just not worth it! Follow Voice Britannia on Facebook and join the conversation.

We would like to speak to anyone from National Rebirth Scotland for comment on this article and their involvement in recent violent protests. Please contact us at voicebritannia@gmail.com.