Government announce ‘45,000 new homes’ but forget to say where, when or for who! 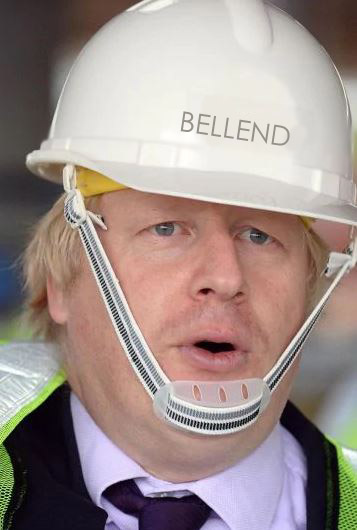 The government have this morning announced a monumental £1.3 BILLION investment which aims to deliver 45,000 homes and create up to 85,000 jobs. However, ministers have failed to mention where they will be built, what sort of homes they will build and who exactly are the homes for?

The ‘Getting Building Fund’ claims it is ‘investing in shovel-ready infrastructure projects’ to hopefully create jobs and support economic recovery (in England) following the COVID-19 pandemic.

Hidden in a todays press release, the government also talked about a separate £2 billion Green Homes Grant scheme, which will see Government help homeowners renovate their homes to they are more energy-efficient.

Projects which the fund includes :

The Department of Communities & Local Government press release stated that the projects aim to deliver up to 85,000 jobs, over 1,500,000 sqm of commercial floor space. The fund will also look to build 45,000 homes.

A large part of todays announcement focused on ‘fueling a green economic recovery’ with government aiming to capture 65 million kgs of CO2 emissions. Which will no doubt keep Dominic Cummings, and his dream of installing the very expensive carbon capture technology through the UK on track.

Bundled into todays release, Government have announced that £23 MILLION will be spent on the development of commercial space at Mayfield Park in Greater Manchester; in the hope of attracting ‘1 million visitors a year’. £12 MILLION will be used to ‘support’ a high-speed railway station in Kent.

Of todays, £1.3 BILLION investment, only £49.88 MILLION is linked to any named-projects, although £14.88 Million of this amount is to be spent on the currently non-existent ‘National Brownfield Land Institute’.

Todays plans sound great but delivers nothing of substance to anyone other than Mayfield Park, The train station in Kent or the currently non-existent National Brownfield Land Institute.

The more we look at todays announcement the more it seems to be yet another grand Conservative election-esque pledge to fix the UK which, in reality, will only benefit a select few. We will believe this when we see the homes being built!