Government announce ‘Primary schools will not open before summer holidays’ in embarrassing rollback. 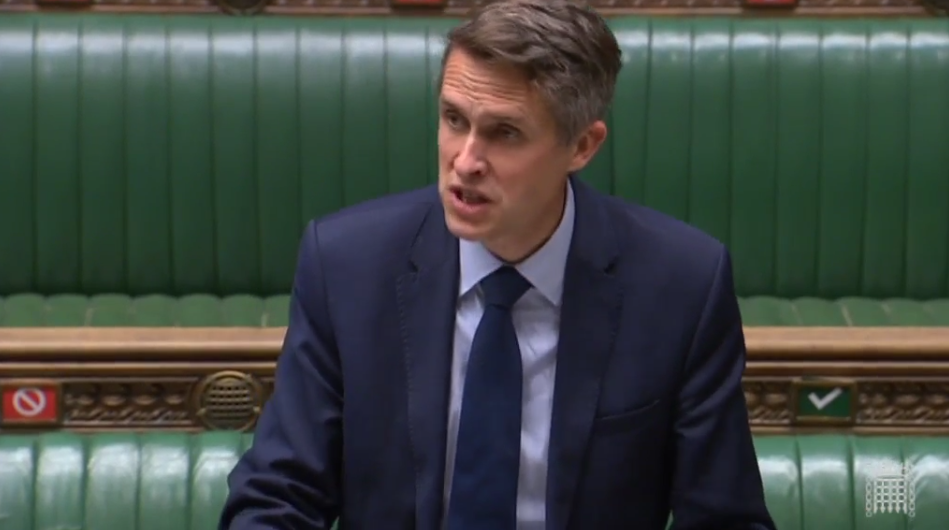 Education Secretary Gavin Williamson was forced to roll-back on his decision to re-open schools, colleges and nurseries in England. Williamson faced criticism from parents and education professionals on his plans to rush schools open before Summer.

Williamson appeared pleased that Government has achieved their “5 tests”; allowing all children to start returning to school.

But, an investigation by The Guardian shows how Governments ‘5-tests’ have not been met; with Government still failing to meet goals on PPE, showing infections have slowed to controllable levels and avoiding a second peak (no vaccine).

R in the north-west

Williamson briefly spoke about worries about the R number being above 1.0 in the north-west of England. On Monday, Manchester Evening News reported that the north-west R number had risen to 1.01.

The “R” number represents the rate of COVID19 transmission. R being 1.0 means that every person who has the virus will pass it to one other person. If R is equal to, or above 1.0, it represents a higher chance the virus will spread exponentially.

The secretary defended against reports the R number is high, by stating the UK’s average R is below 1. While he is correct, this does not change the fact that people in Manchester are more at risk of catching COVID19. This data on the north-wests R number, again shows Government have not passed their 5 tests yet.

Williamson speech, which at times begged for approval; went on for around 7 minutes. The secretary talked about the many steps which his department have taken to get children back to school before getting to the point. He told ministers “We continue to follow the best science advice” but after a speech full self-praise, then told ministers that primary school children would not be returning “for a full month” before summer.

This news will be good news to parents and teachers but can only be an embarrassing roll-back for Williamson. This failure will be used as more evidence that Government is playing fast-and-loose in its fight against COVID19.

Labours Rebecca Long-Bailey replied to the speech by telling him teachers, parents and ministers had said his plan was unworkable.

Long-Bailey stated her “dismay” on how the schools’ return had been handled; Telling She told Williamson if he had brought everyone involved in reopening schools together, the failure could have been avoided.