Government has deployed a P-8 Poseidon ‘submarine-hunter’ to the English Channel -to hunt for asylum seekers. 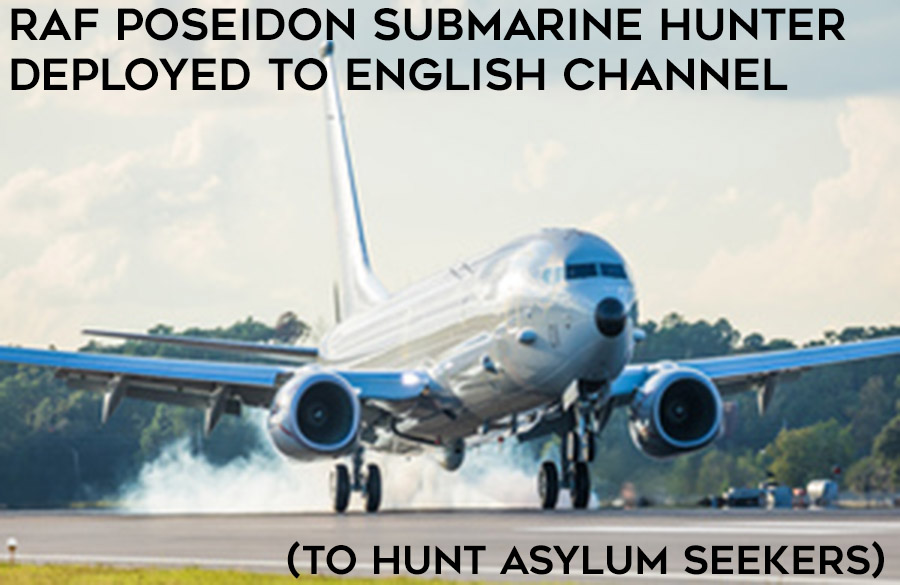 Today. Government have announced that the RAF is deploying one of its ‘P-8a Poseidon’ submarine-hunting jets to the English Channel from its Kinloss base to help the UK Border force look for asylum seekers crossing the English Channel.

The Home Office has also announced (or confirmed, VB reported the shadow R1 deployment to Twitter yesterday) that it has also deployed one of its ‘Shadow R1’ ISTAR (intelligence, surveillance, target acquisition, and reconnaissance) aircraft.

The Ministry of Defence has made it clear their role is only to search and locate, with information of people crossing the channel being passed to the Border force.

The use of aircraft which are normally used to find and locate (and destroy) our enemies has come under fire by many in the UK and further afield. The Mayor of Calais Natacha Bouchart responded to Home secretaries request for help from the Armed Services by telling reporters that any deployment of the Navy into the English channel would be ‘a declaration of maritime war’.

Being an asylum seeker is not a crime. The UK Government need to wasting on finding and vilifying a few with nothing; and find better, more positive ways of spending your money.