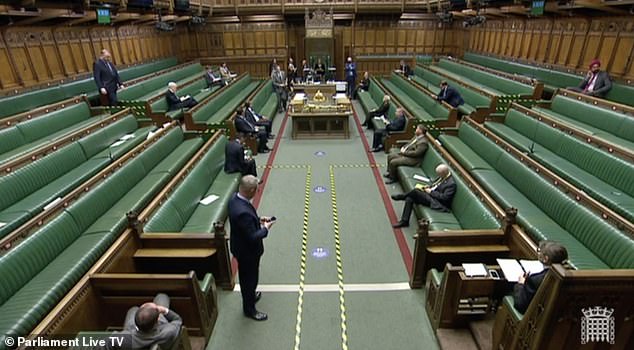 As expected, the Internal Markets Bill was voted through to its Lords stages by a thumping majority. However, cracks could be starting to show within government as a group of cabinet ministers, and for the first time in history a former Prime Minister, all ‘broke the whip’ and refused to vote to in favour of the controversial bill.

Earlier in the day news had circulated that former Prime Minister Theresa May was intending on breaking a ‘three-line-whip’ and voting against the Internal Markets Bill; Although when it came to the crunch, the former PM may have chosen to rebel in the softest way possible.

What will no doubt shock many (at least outside of Number 10) is that a group of cabinet ministers appear on the abstentions list. Health Minister Matt Hancock, Transport Minister Grant Shapps and Forign Secretary Dominic Raab all appear to have broken the whip and refused to vote with the government.

Also abstaining on the bill was the Northern Ireland Secretary Brandon Lewis, Housing Minister Robert Jenrick, and former Boris Johnson stalwart and ERG MEMBER Bernard Jenkins. In total 21 Conservatives, all voted against the Internal Markets Bill. It is unknown whether those who have failed to vote against government will face punishment, or if Boris even cares.

The fact he got his bill through maybe all the Prime Minister cares about. Now, on to the Lords, where we will no doubt see a lot more fun; and a lot more filibustering!