Jackson Carlaw resigns as Scots Tory leader – Could another Scottish Independence referendum be in the pipeline? 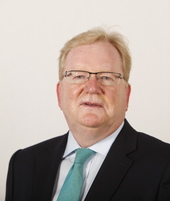 Hours after facing off against Nicola Sturgeon at this weeks ‘First Ministers Questions’ at Holyrood; Jackson Carlaw, leader of the Scottish Conservative party, has resigned, stating ‘he was not the best person to lead the case for Scotland remaining in the United Kingdom’.

Questions will be asked about why Jackson Carlaw has decided to step down, now; and whether his reasoning may point to deeper issues within the Conservative Party.

Carlaw’s exit could signal that Boris Johnson and Dominic Cummings have decided that they WILL bow to Scots pressure and allow the Scots Government to hold another independence referendum. Whatever the reason for Carlaws exit from Holyrood, it’s clear that he wants no part in whatever Boris Johnson is planning for Scotlands future. (Unless Boris wants him in the Lords with Ruth?)