Amazon is ‘easy-mode’ Capitalism – Jeff Bezos is a moron 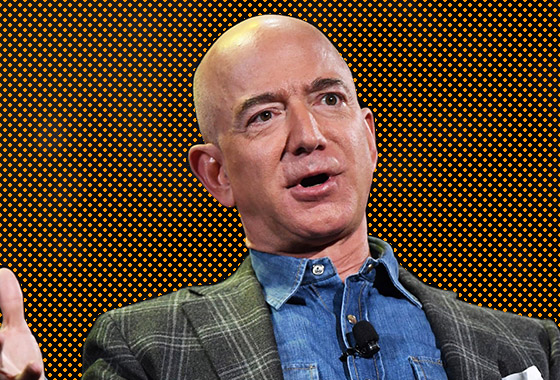 If it helps you to sing that headline to the tune of Jilted John’s ‘Gordon is a Moron,’ then go for it, I won’t stop you. However, I should clarify – it’s a clickbait headline designed to incite a strong reaction and encourage you to actually read the piece.

I don’t genuinely believe that Jeff Bezos is a moron, nor should anyone. Bezos is many things, but ‘moron’ isn’t one of them. Creating and running a small business is not the work of a moron. Creating an international corporation is the work of a truly remarkable individual. Nevertheless, amidst all the awe-struck headlines about Bezos’ skyrocketing wealth during the pandemic, I think we should reconsider our reverence for a man who has trousered his billions by playing capitalism on the ‘easy’ setting.

Distasteful though it might be, think of capitalism as a game.

On easy mode, all you have to do is get filthy rich. On hard mode, you have to get filthy rich, contribute appropriately to the society you find yourself in, and genuinely enrich the lives of your workers and customers alike. Bezos has comfortably completed easy mode, but when we’re considering his position in the pantheon of great industrialists, we should remember those entrepreneurs who succeeded – without cheat codes – at the maximum difficulty level.

For a fair comparison, I’d like to suggest John Cadbury, and his two sons George and Richard Cadbury, founders of the chocolate brand still beloved around the globe today. From a staunch Quaker family, John Cadbury set up in business as a chocolatier, opening his first store in Birmingham in 1824, selling tea, coffee and chocolate.

By 1831, John had moved into production, and by 1861 handed over a successful business; complete with Royal Warrant from Queen Victoria to his sons. Innovation and attunement to consumer demand brought further success, and in 1879, construction began on a new factory beyond the squalor of inner-city Birmingham. Workers at the Cadbury factory were treated with respect, and with a focus on their health and wellbeing; dressing rooms were properly heated, and the proprietors often played football or cricket with staff on the fields adjacent to the factory.

‘no man ought to be condemned to live in a place where a rose cannot grow.’

Senior staff and workers lived in houses built on the model village at Bourneville, according to George Cadbury’s philosophy that ‘no man ought to be condemned to live in a place where a rose cannot grow.’ Staff were also able to avail themselves of pensions, and, a medical service.

Lest it sound like the Cadbury family were running a charity rather than a business, let’s remember that Cadbury pioneered new products like their milk chocolate and continued to grow throughout this period, establishing themselves as a household name and absorbing their former competitors in the best traditions of acquisitive capitalist corporations.

It wasn’t until the 1969 merger with Schweppes that the traditions of the company’s Quaker founders were cast off, one and a half centuries after John Cadbury opened his first shop.

You don’t need me to recount all of the many ways in which Amazon is the inferior of the Cadbury company of the 19th and early 20th centuries. Workers complain of being treated like robots, and disciplined by algorithms. They complain of being forced to urinate in bottles due to fear of being disciplined for using the toilet.

Amazon is also accused of aggressive tax avoidance, and uses its colossal clout to demand further tax incentives from potential host cities. Amazon is a corporation that sees staff and society as cows to be milked, rather than partners in a common cause.

So yes, we can all coo admiringly over Jeff Bezos’ astonishing wealth, but let’s remember, he just couldn’t build his empire without exploitation. In terms of history’s great industrialists, he’s not tested himself at the highest level – the level at which your own brilliance elevates your fellow man. Compared to the greats of old… Jeff Bezos is a moron.