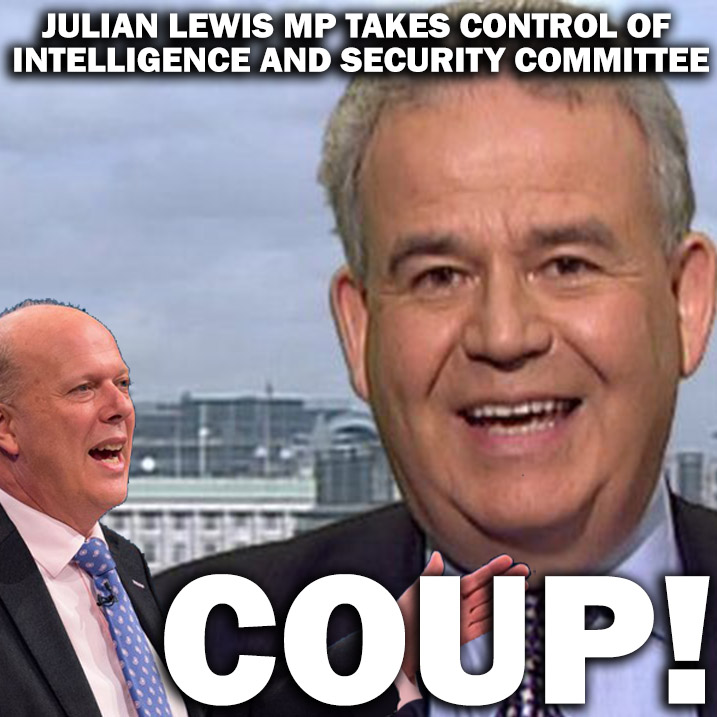 Yesterday, ‘failing’ Chris Grayling was at the centre of yet another political omnishambles after failing to be elected as Parliaments ‘chair of Intelligence and Security Committee’; a position the PRIME MINISTER had selected and attempted to ‘parachuted’ him into. The now-former Conservative Julian Lewis worked with Labour and SNP ministers to seize control of the committee via a cross-party coup launched from the Tory backbenches.

Chris Grayling had been personally chosen by Prime Minister Johnson with the hope that he would, in turn, be elected as the chair; However, the PM did not realise that within the Conservative party there still exists some MP’s who act with integrity. Lewis’s coup to take the power of the committee has led to him being booted from the Conservative party in a move many believe is ultimately counter-productive.

The Intelligence and Security Committee has been the centre of controversy since December as Boris Johnson has blocked the release of the ‘Russia Report’, which looks into Russian state interference within British politics. Boris Johnson’s team was hoping to take control of the committee by parachuting Grayling into the position; who then could have blocked the report’s release, or even scrapped it.

It is believed that ‘removing the whip’ from Lewis will ultimately be a counterproductive move, as The Intelligence and Security Committee, who oversees the actions of MI5, MI6 and GCHQ, and who has control of the potentially damaging Russia Report, is now chaired by a now-independent back-bench MP who has an axe to grind against the government! The term ‘own goal’ comes to mind.

IN a statement (TO PA News) released by Julian Lewis today, he has said: “because the ISC is a special committee, I feel constrained in what I can say.

“The 2013 Justice and Security Act explicitly removed the right of the Prime Minister to choose the ISC chairman and gave it to the committee members. I remember this well as I served on the committee from 2010 – 2015.

“There is no other conservative MP’s in the House of Commons with any past experience of working on the ISC.

“It was only yesterday afternoon that I received a text asking me to confirm that I would be voting for the Prime Minister’s prefered candidate for the ISC chair. I did not reply as I considered it an improper request. At no earlier stage did I give any undertaking to vote for any particular candidates.

“In recent days, the official No 10 spokesperson explicitly denied that the Government was seeking to ‘parachute’ a prefered candidate to the chair, stating that it was a matter for the senior parliamentarians on the committee to decide.

“It is, therefore, strange to have the whip removed for failing to vote for the government’s prefered candidate.”

The failure in securing what was believed to be a ‘safe’ position’, Chris Grayling has more than lived up to his ‘ailing’ moniker, this time failing to see a developing coup against him as he was in the running for an INTELLIGENCE related job!

This absolute failure of party discipline and Boris johnson failing to understand the mechanisms of parliament he is seeking to try and control illustrate the air of incompetence which is being reported from Downing Street; Incompetence seems to have triggered a backbench revolt against a government who believed it had power over everything that happened in Westminster.

It is now believed the ISC could release the Russia report a soon as next week; which could be a damaging blow to Boris Johnson and his plans to drag the UK out of the EU without a deal.