Kier Starmer and the Daily Mail: Will flirting with the Right lead to election success? 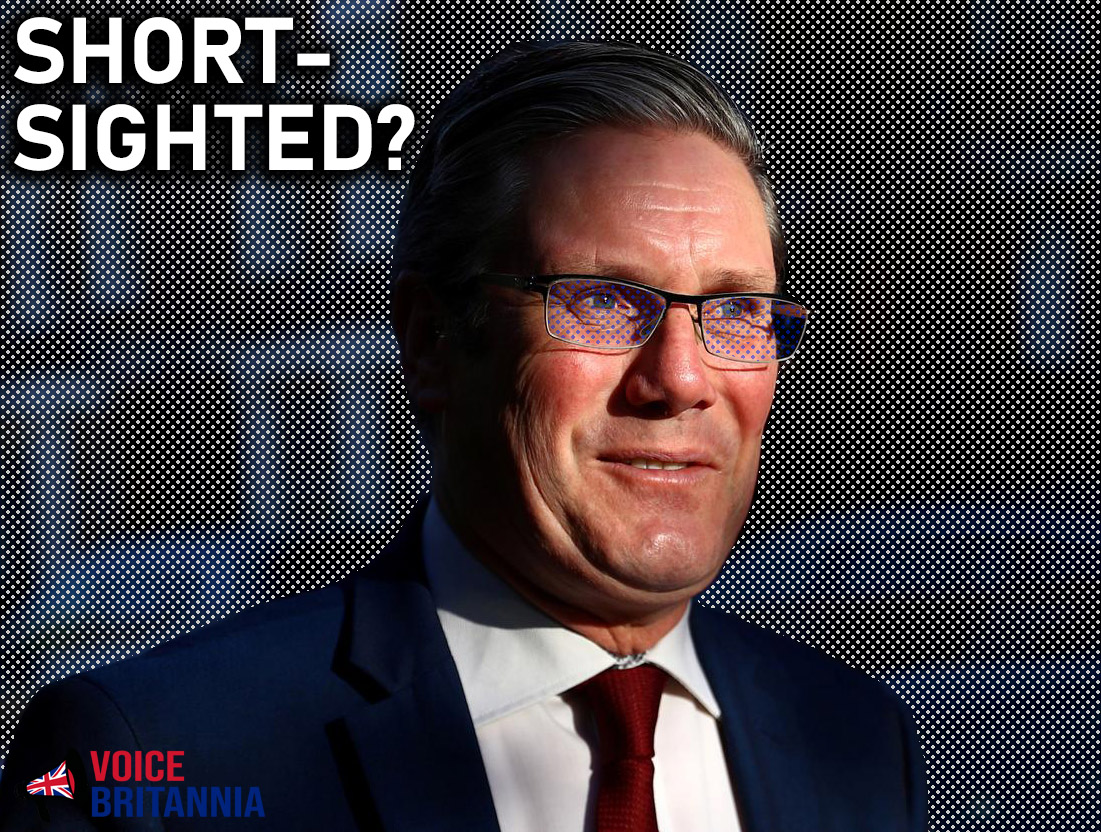 Over the last few days, much of the UK’s left-wing has been angry at the notion of Labour leader Sir Keir Starmer using the right-wing Daily Mail as his political soapbox.

Whether you agree or disagree with Labour politicians writing in the Daily Mail, the Sun or any other ‘right-wing’ paper; and regardless of my opinion, there is no right or wrong on this; It is all subjective. Educated guesswork. Its a great discussion point but nothing more.

Voice Britannia posted one of those meaningful-yet-not-massively-intellectual tweets on the Keir Starmer / Daily Mail topic. Since it got people talking, I thought I would break the Tweet down and put some literary-meat on dem wordy bones.

If winning an election means turning into your enemy is, what’s the point?

Elections, no matter what level or name they have, are done to drive a form of change, democratic change; where the will of a group takes precedent over the views of the individual. Democratic elections are our societies method of cutting incompetent or malevolent politicians from our body politic; They are the mechanism that is meant to keep politics healthy.

You could say elections are like pap-smears or prostate exams. They are not overly enjoyable and waste hours of our time, but without them, we could be sleepwalking towards disasters.

Getting back to the point, what is the point in taking part in an election if to win you have to turn into the opposition to win? It all seems a bit redundant. Why vote for a deceptive sheep in wolves clothing, when you can vote for the honest wolf?

Better the devil you know!

Why the “If you don’t like Starmer writing in the Daily Mail then you dont want to win” rhetoric is short-sighted.

Moving on the section which admittedly has a lot more meat on its bones, let’s look at why I believe that Sir Keir publishing his political vision in the Daily Mail, was short-sighted.

A common response to the complaints of the left was the idea that if people want the Labour party to win the next General Election, then Starmer HAS to speak directly to and appeal to as many of the UK’s 3 million swing voters as he can.

(Currently, The next General Election will be in 2024 BTW!)

The Daily Mail claims to have a daily readership of around 2.2 million people. The paper’s core demographic is (and always has been) dominated by predominantly conservative voters who are 50-years-old or older. Arguably, Starmer would have more success in converting members of the 1922 commission than he would the Mail’s readership.

This is why Starmer’s move to the Daily Mail seems not only short-sighted but deliberately provocative. The Daily Mail’s readership is not only old, but they are very right-wing. Starmer writing in the Mail is as likely to garnering REAL support (not upper-middle-class media bubble support) as an appeal for ‘men’ to ‘help out’ at the all-female testicle stomping championship!

The Daily Mail’s elderly and right-wing demographic is but a small part of this problem; a much more damning truth lies within the results of the last 4 general elections.

The painful reality of the 2019 General Election was that Labour lost A LOT of votes, and in turn seats. Labour only managed to get 10,295.912 votes, losing 2,582,006 votes from the previous election in 2017. However, This is not by any stretch Labours ‘lowest point’ though.

In 2010, the last Labour government came to a depressing end, with 10 years of Blair and Brown leading to Labours largest general election defeat in modern history. That year, Labour only managed to scrape 8.6 Million votes. In the years that followed, Ed Milliband and his inability to eat a sandwich tried his best, but failed to take power from the Tories.

The 2015 general election brought the party yet another embarrassing defeat, with Milliband only gaining 737,746 votes from the 2010 election. In that time, Labour politics had not changed much from when they departed Government. The movement was politically inert and failing to attract support. People wanted and needed change.

By the time the 2017 General Election came around, Jeremy Corbyn was elected by party members as Labour leader. In that year’s snap-general election the party managed to win over 12Million votes, an increase of 37% from 2015.

What seemed to attract people(like me) back to voting for Labour, the opposition party was a dramatic shift in tone and policy; The huge swing was not achieved by flirting with the right-wing press; or declaring support for Government!

Labours recent history of election successes and failures shows how Starmer’s decision to flirt with the right-wing media is short-sighted. The changes Labour made between 2015 and 2017, and the move to the left attracted millions of voters back to the Labour movement.

The Labour party IS a broad church that relies on all sides working toether. The party will never gain power while it opposes itself more than it opposes government.

(The article in question was published in the ‘Mail on Sunday’, which is the Sunday edition of the ‘Daily Mail’.)

If you would like to help Voice Britannia grow, stay tuned for our crowdfunding drive which will be coming soon, or donate to us via Paypal, and help us grow and take on the mainstream!
(CLICK THE BUTTON BELOW!)