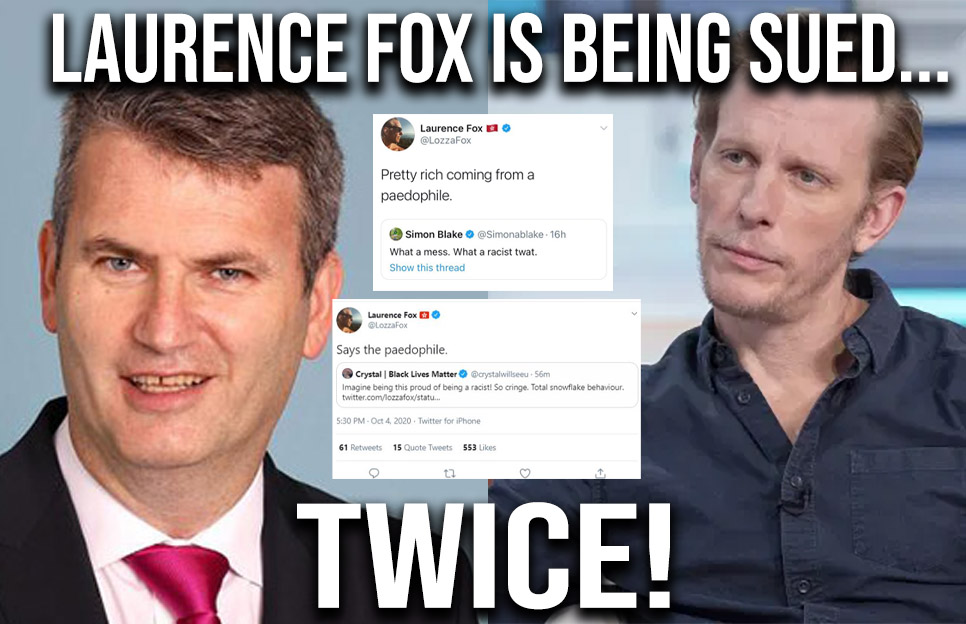 Wannabe far-right influencer Laurence Fox had a wild Sunday. When he was not defending the views of racists, he was using his platform to viciously smear people from the LGBT community.

Fox was angered by a message on the Sainsbury’s Twitter account in support of Black History Month. Sainsbury’s tweet politely asked racists to shop elsewhere; A sentiment which deeply offended the actor.

While Laurence had many exchanges on Sunday, it was his anger towards members of the LBGT community which garnered the most attention; with the actor smearing them as ‘paedophiles’ in an attempt to silence them.

First to receive Fox’s abuse was Stonewall CEO, Simon Blake. Blake had commented on Fox’s original tweet pointing out the absurdity of it, calling him a ‘racist twat’.

The only other person to be beaten with Fox’s smear-stick was Drag Race Queen Crystal, who much like Blake, pointed out the stupidity of being proud to be racist.

Smearing people as paedophiles is a dated and inexcusable homophobic trope.

In the hours which followed ‘Lozza’s’ outburst, Blake and Crystal were flooded with support and advice, with the consensus being they should sue Fox; And It seems they took the advice, as both have launched defamation suits against Fox.

Simon Blake was the first to announce legal action against Laurence Fox.

Blakes announcement was followed a day later by Crystal, who announced her own defamation suit against Fox.

Simon Blake and Crystal are being represented by Mark Lewis of Patron Law.

Fox has since deleted the abusive tweets he sent to Blake and Crystal; although this will not stop legal proceedings. Speaking to Talk Radio, Fox suggested ‘Twitter should have a retract button’ for when people change their controversial views; However, legal experts and anyone who is not a complete dick seem to agree that NOT viciously smearing people in first place IS a better way to behave.

Laurence Fox’s behaviour on Sunday was abhorrent; the literal drizzling sh*ts of modern human discourse. Fox’s apparent quest to defend the views of the nation’s racists is something most of us will never understand.

There should be no place for racism, homophobia or any other form of marginalisation in our society.