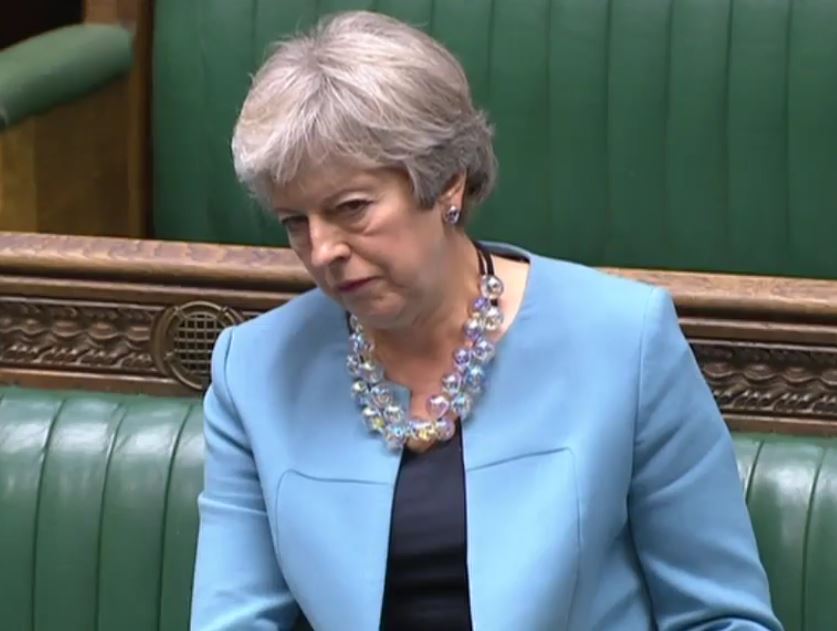 Former Prime Minister Theresa May hit out at government in the House of Commons following news they were planning to ‘tear up’ the Withdrawal Agreement between the UK and the EU. However, Tuesday’s session will be remembered for the admissions made by later in the sitting.

Governments Northern Ireland secretary Brandon Lewis was taking ‘urgent’ questions in relation to Northern Ireland and Governments announcement of ‘new legislation’ to replace the Withdrawal Agreement; Which was already signed off and agreed between Boris Johnson and the EU’s head negotiator Michel Barnier.

Theresa May used todays urgent question to grill government over its plans to alter the agreed deal with the EU.

“The government is now changing in the operation of that agreement.

“Given that; How can the government reassure future international partners that the UK can be trusted to abide by the legal obligations of the agreements it signs.”

Lewis responded by saying “We cannot allow businesses to not have certainty for January”; Ignoring the questions on the Governments developing lack if integrity.

Later in the session, Conservative MP Sir Bob Neill asked Lewis if he recognised that “adherence to rule of law is not negotiable” and wanted assurances that the UK government would not breach any international law.

In a stunning admission by the Secretary of state, Lewis admitted that government WAS planning on breaking international law in a “very specific and limited way”.

New Brexit legislation is scheduled to be released sometime on Wednesday 9th September. We will have a breakdown of this on release.