London prepares for violence. Protestors face jail in 24 hours! We spoke to DFLA on their involvement. 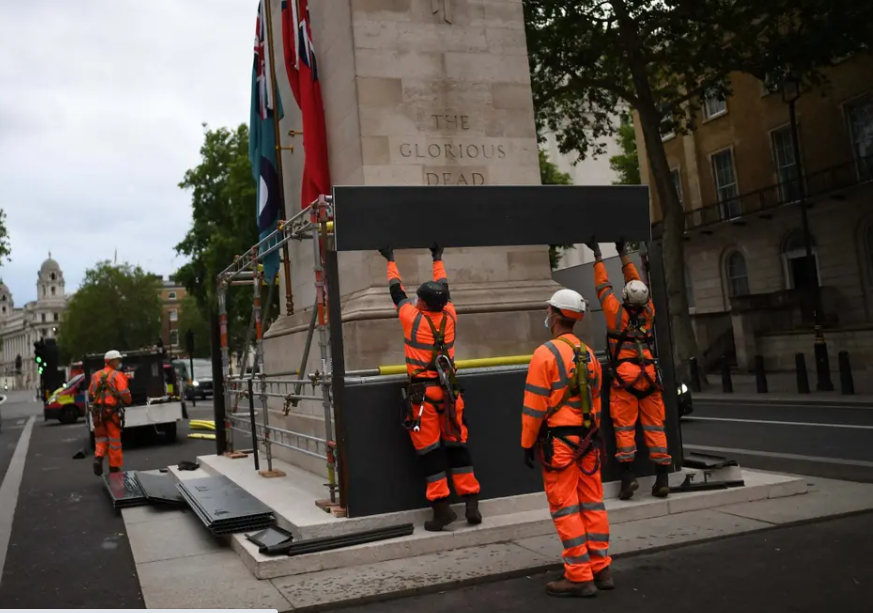 Police are preparing for violent protests after far-right activist Tommy Robinson told his supporters ‘meet him in London’.

Football supporters group the ‘Democratic Football Lads Association’ (DFLA) also called on their members to go to London and other cities and ‘protect war memorials and statues’.

Worries had grown that DFLA were part of a larger far-right movement intending on counter-protesting Saturdays BLM protests. Members of the group were seen arriving at and guarding monuments during the week.

The Democratic Football Lads Association told Voice Britannia: “We are not affiliated with any other person or group, the DFLA put the call out to protect our monuments and memorials as a result of them being destroyed. We have made it very clear that it is NOT a counter to BLM.” The DFLA also asserted that they are not a ‘far-right’ group.

Black Lives Matters organisers have been forced to call off a planned protest at Hyde Park on Saturday as they had been warned that “many hate groups” were aiming to cause trouble.