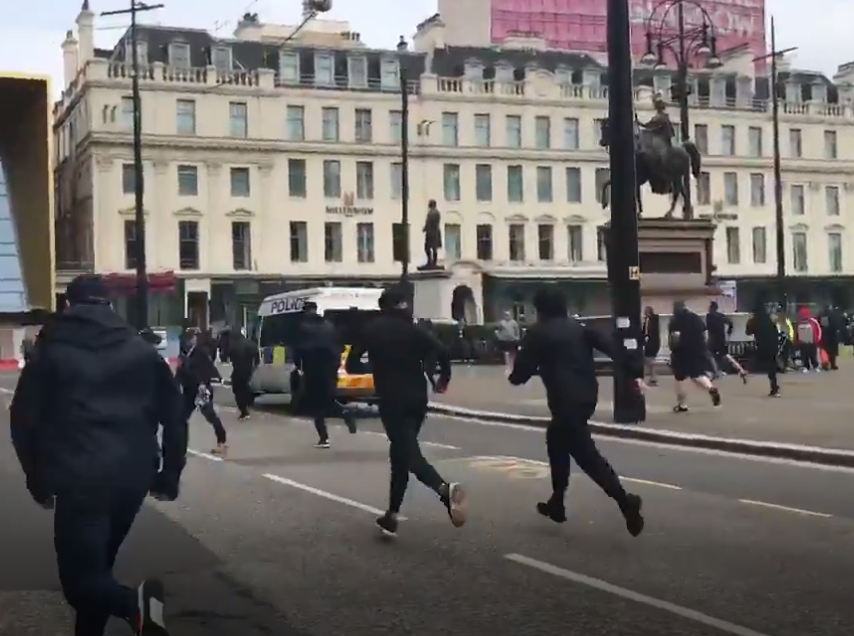 Tensions are building in Glasgow this afternoon as hundreds of ‘loyalist’ demonstrators have flooded George Square. The Demonstrators claim there are there to “protect statues”.

Angry protestors, claim to ‘protect staties and war memorials’ have been seen running through central Glasgow and clashing with police.

On todays alterations, Scotland First Minister, Nicola Sturgeon said: “anyone who finds themselves at one of these protests should take a long hard look at themselves”. Sturgeon mirrored the UK Governments guidance that gatherings are currently unlawful and people should not be protesting at this time.