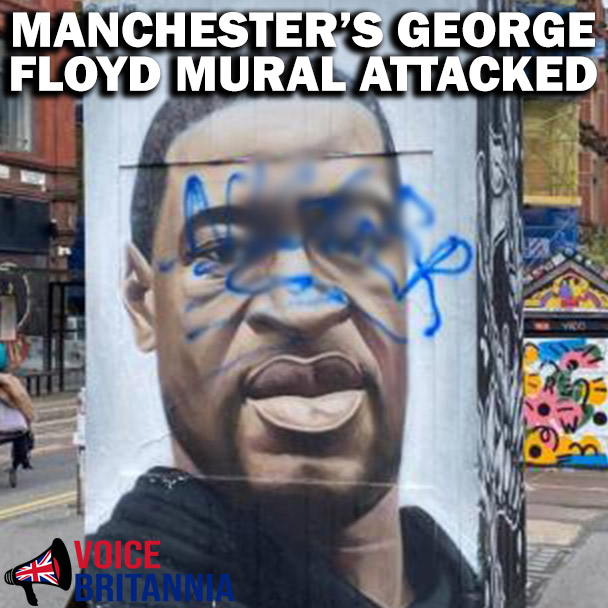 A mural painted in commemoration to George Floyd in central Manchester’s Northern Quarter has been attacked with racist abuse, leading to the portrait being boarded up until it could be repaired.

IN video found on Twitter, the vandal was caught in the act before running away. When the person who spotted (and chased) the trouble-maker returned to the scene, he found that they had scrawled the racist ‘N-word’ across the face of the portrait.

Street artist ‘Aske’ painted the mural of George Floyd in Manchesters Stevenson Square in the days that followed his death in May. Aske returned to the mural today and was able to repair the damage in just 30 minutes!

Manchester council and police have vowed they will be reviewing the area’s CCTV in attempts to catch the culprit. This sort of attack is not only pointlessly toxic but as people like Aske illustrate, it is futile, as there are good people in society who will do their best to paint over the hate.