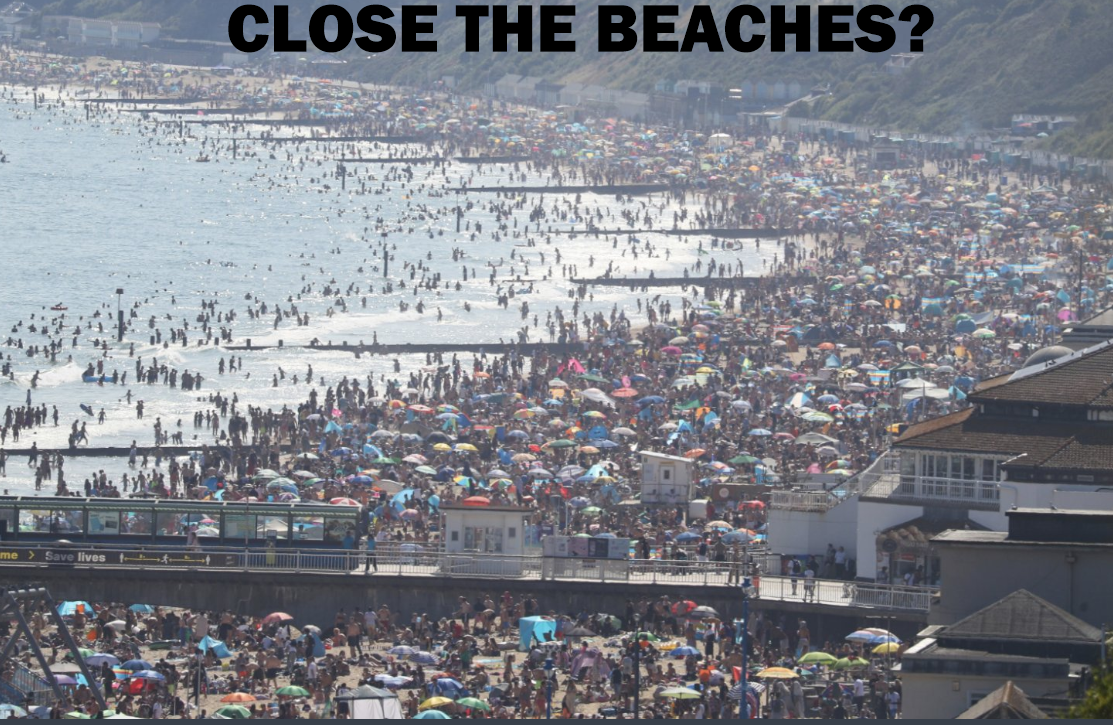 HUNDREDS OF THOUSANDS of COVID19 ignoring idiots yesterday decided to ignore the UK’s current lockdown advice and legislation and flood the beaches of Bournemouth, Christchurch and Poole yesterday;

Elsewhere, in London, Police spent another stopping youth’s holding ‘illegal street parties’ through the capital; however, questions are arising on why Police are doing nothing to stop the beachgoers but using force stop the capitals parties.

Police used a “dispersal order” although unlike the raves in London, and the UK’s anti-racism/fascism protests, Police did not intervene to force beachgoers to leave the area. Bournemouth council said: “A multi-agency emergency response has now been activated to coordinate resources across the area to tackle the issues”.

In London, hundreds of frustrated youths, and people who do not have a beach they can retreat to; took to the streets to let off some steam in the form of ‘illegal street parties’ through the capital.

Kensington and Chelsea Police posted to Twitter that objects were thrown at officers near Colville Gardens; “Violence will not be tolerated and units are responding appropriately”. The Met Police later reported no serious injuries and the majority of party-goers had dispersed the area by 2 am.

In Liverpool, thousands of elated Liverpool FC supporters took to the streets to celebrate the winning of the Premier League. In scenes of elation, fans were seen letting off flares outside Anfield after the team lifted the trophy. Liverpool City Council told fans “have a great party” but maintain social distancing while celebrating.

Health Secretary Matt Hancock further confused the situation by telling Talk Radio people should enjoy the sun, but also we ‘must not throw away the hard work’ they have done. Hancock went on to threaten potential-revellers that Government has the power to CLOSE beaches if they need to.

However, the Health Secretary didn’t go as far as threatening to set the police on beachgoers in the same way Police have gone in hard against party-goers in London.