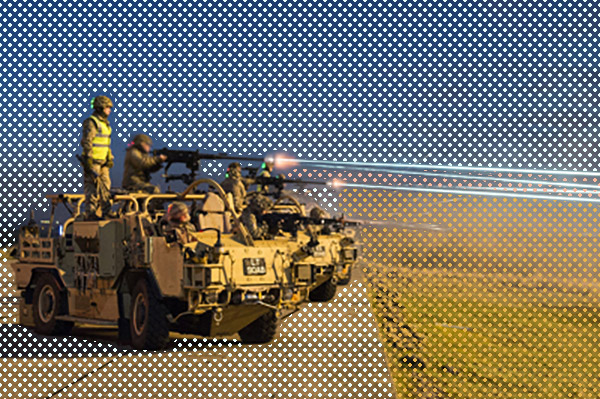 The MOD has announced a £3 Million investment to test hybrid electric technologies on the Army’s ‘Jackal 2’ and ‘Foxhound’ armoured vehicles.

The project will test an ‘innovative hybrid electric-drive system’ which is being developed by Coventry-based NP Aerospace. NP will be working with General Dynamics UK, Supacat and Magtec to build prototypes of the Foxhound and Jackal 2 vehicles to test the new technology.

The MOD believes that using ‘electric technologies’ and hybrid drive systems they will be able to operate in a more sustainable. The new technologies are slated to deliver ‘potential military advantages’ by reducing noise from engines and increasing the overall stealth capabilities of armoured vehicles.

The army also hopes that by adopting greener technologies across the MOD’s massive fleet will help reduce the armies reliance on fossil fuels; a step towards Governments 2050 ‘net-zero emissions’ goal.

Defence Minister Jeremy Quin, said: “These tests will ensure our Armed Forces have the latest, safest and most efficient technology, while continuing to support prosperity across the UK. They represent a potential opportunity to improve our vehicles sustainability and military effectiveness.”