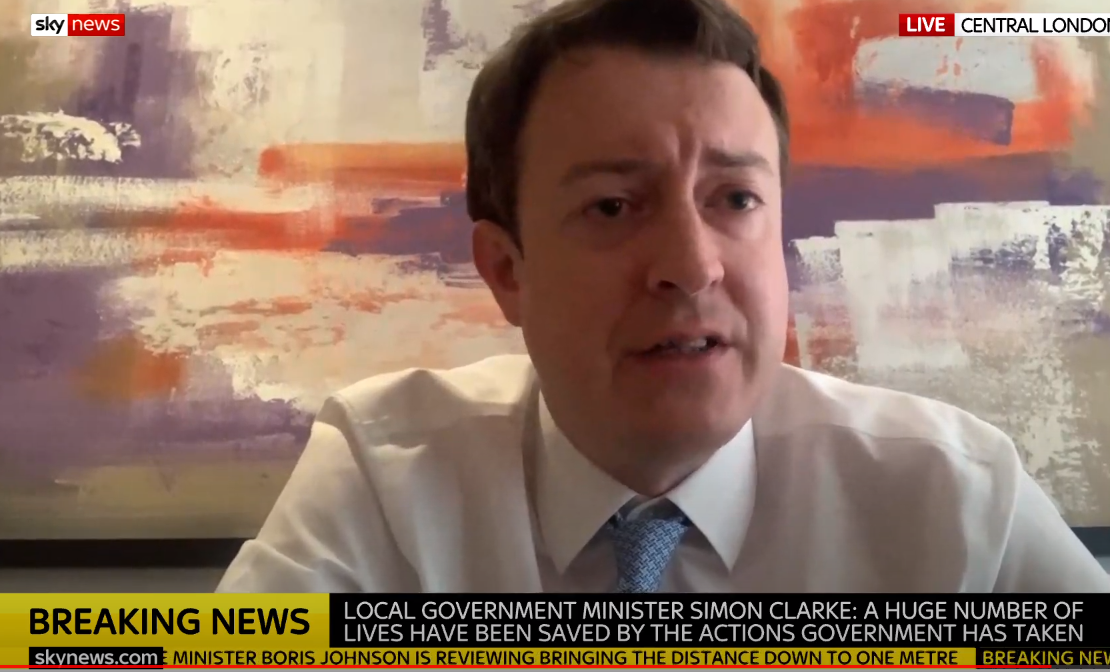 As we previously reported, Boris Johnson has tasked Rishi Sunak with relaxing distancing rules. The MP said at yesterdays downing Street briefing that he wants to move to a policy of ‘wider spacing’. It is unclear whether this is just a change of wording or a change of policy. Clark said, “we cannot run faster than the science”.

Last week we reported Alok Sharma was in talks with his Danish counterpart in hope of emulating their ‘1-meter’ social distancing policy. The World Health Organisations guidelines during the COVID19 pandemic is that people should aim to stay 2-meters apart.

Reports stated Alok Sharma, and the ‘save summer’ six, were looking to find ways to relax distancing so that pubs could open early. While the government has announced Pubs will not open earlier; government are still looking at ways to relax social distancing, so the plan may not be as dead as the PM indicates.

Clark was quizzed about information released yesterday by former SAGE member Neil Ferguson. Fergason said if the lockdown had been imposed one week earlier 25,000 lives could have been saved. Clark countered this claim, saying “many have died”, but he stopped short at apologizing. Clark defended the Governments COVID19 response by saying “we followed the science”, claiming Government took the best scientific advice.

Follow us on social media to find out about stories first!