Miscalculation led to near-miss between Nuclear submarine and ferry in the Irish sea. 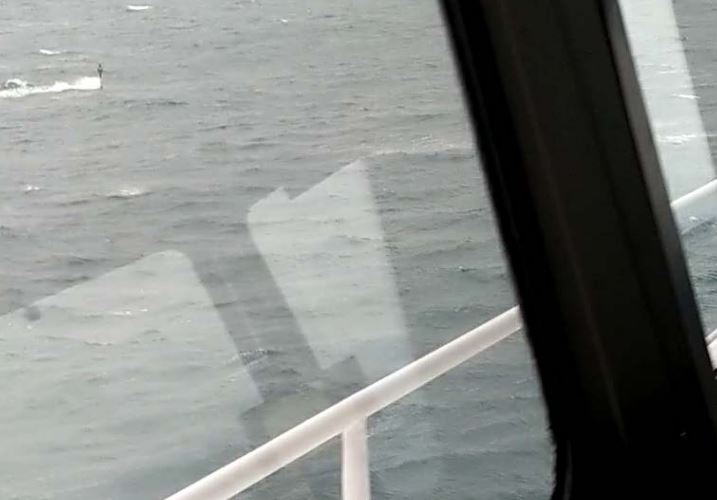 Churning through the Irish sea at 6 nautical miles per hour, the Royal Navy’s (unnamed) nuclear submarine slowly ebbed closer towards the Belfast bound passenger ferry before actions had to be taken to avoid disaster.

A report published by the Marine Accident Investigation Branch today has documented the near-miss between the Navy’s Nuclear Submarine and the ferry ‘Stena Superfast VII’.

No blame is apportioned to any party although, the report lists many ‘safety issues’ that led to the incident. Investigators have said there “was a serious
risk of collision between a laden ferry and a submerged Royal Navy submarine” as the “Stena Superfast VII passed inside the submarine’s go-deep range”; meaning the vessel could not submerge to avoid a collision.

However, while the report states the ferry had ‘passed inside’ the submarines ‘go-deep’ range, the report describes a slow-moving situation confusion between a trainee periscope operator and the ship’s control room, leading to a miscalculation on the ferries speed, range and position compared to the submarine.

A statement from the Chief Inspector of Marine Accidents said: “On 6 November 2018, the lookout on board the ferry Stena Superfast VII spotted a submarine’s periscope close ahead. The officer of the watch then took immediate and effective action, turning the ferry to avoid a genuine risk of collision with a submerged submarine. The incident happened because the submarine’s control room team had underestimated the ferry’s speed and overestimated its range, resulting in safety-critical decisions being made based on inaccurate information.

“Although there was no collision, this was the third accident or incident between a dived Royal Navy submarine and a surface vessel in 4 years, which is a matter of significant concern.”

IN the fallout from this incident, the Navy has enhanced simulations for ‘close-quarters’ situations with merchant or fishing vessels. The Royal Navy has been recommended to deliver an independent review into this incident, and other similar close-calls between submarines and surface vessels.

The full report can be read here.